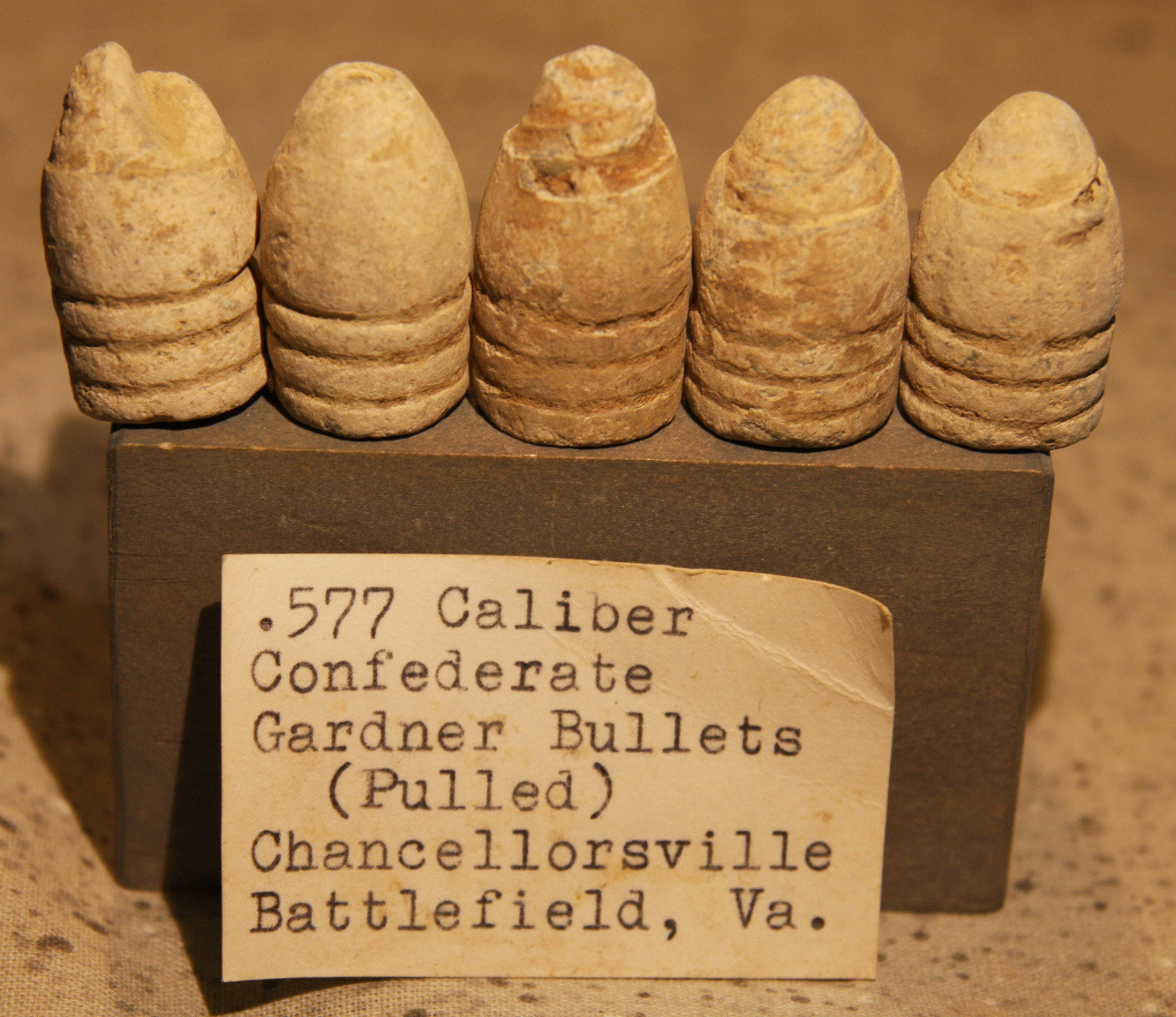 Five .58 caliber bullets (they are misidentified as Gardner bullets on the label, Reger typed so many of these he apparently made mistakes sometimes), which were removed from the musket by a soldier after they misfired, that were recovered at the site of the Battle of Chancellorsville, probably in the early 1960s. These artifacts come out of the collection of William Reger who lived in Berks County, Pennsylvania and relic hunted at a variety of sites from the late 1950s to the mid 1970s. Reger carefully identified his artifacts with typed labels which, in this case, is included with the artifacts. A provenance letter will be included.