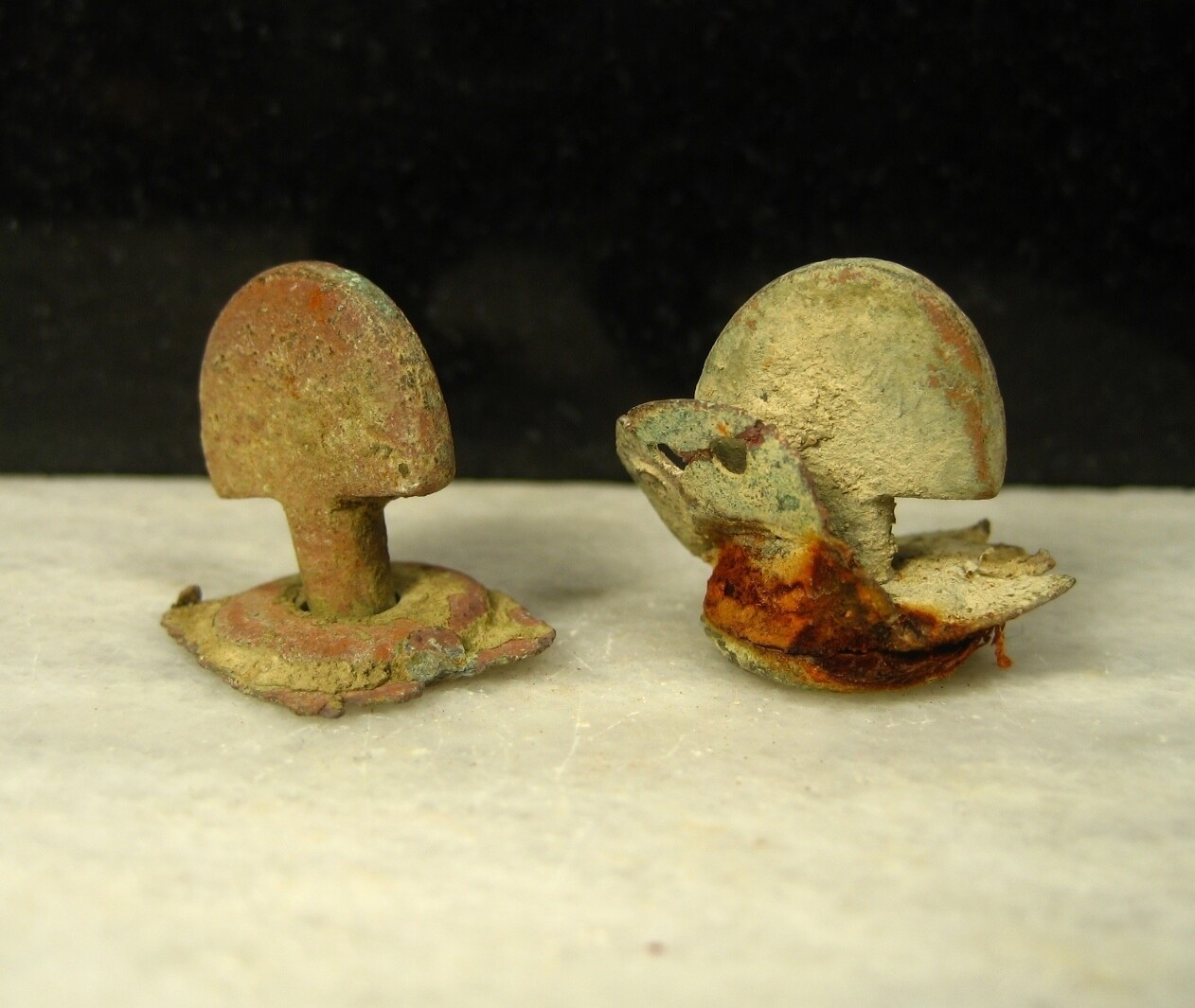 Two key sections from soldiers' shoulder scales that were recovered at the site of the Battle of Cold Harbor - the label that was with the relic group that these were a part of indicated that they were found in front of the area occupied by Wright's Corps (the Union left flank). These were a part of the William Reger collection - Reger was a Pennsylvania relic hunter who carefully identified the find locations of his artifacts. After the bloody battles at the Wilderness and Spotsylvania, Ulysses S. Grant continued to move his army south while Robert E. Lee attempted to counter every move in order to stay between the Union Army and Richmond. Their next major fight was around a crossroads known as Cold Harbor, close to the old Gaines’ Mill Battlefield. The Confederates quickly built and extensive system of trenches, forcing the Union Army to attack positions that were heavily fortified. The end result was several very costly frontal assaults including attacks on June 3rd which cost the Union Army 7000 casualties in less than an hour. Many of the men who fell were left to suffer in the summer heat where they fell between the opposing lines. The failed attacks at Cold Harbor led some papers in the North to give the Union commander the name “Butcher Grant.” A provenance letter will be included.