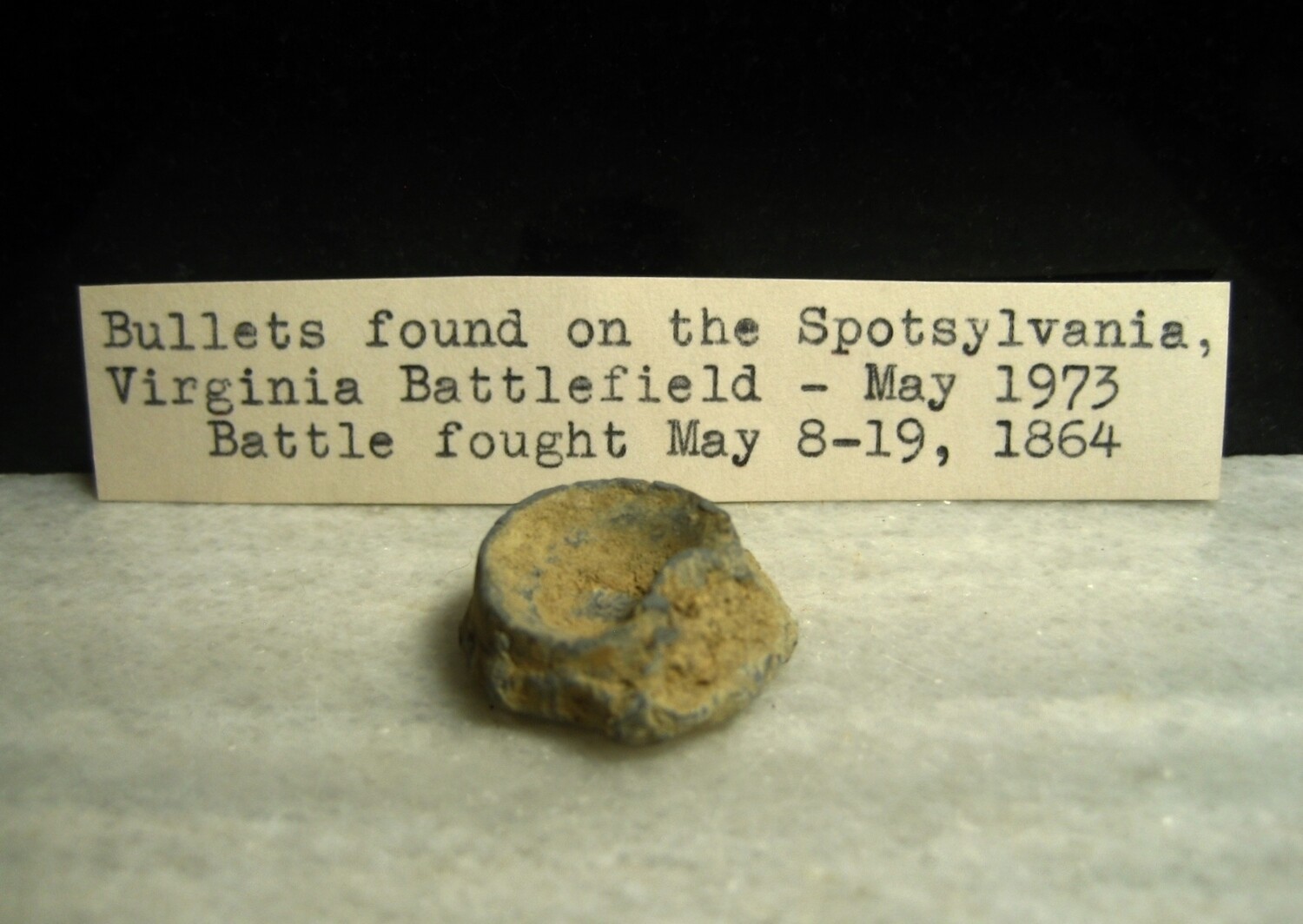 JUST ADDED ON 4/15 - THE BATTLE OF SPOTSYLVANIA - Very Nice Mushroomed .69 Caliber Bullet with Relic Hunter's Original Label - Found in May, 1973

A very nice example of a fired .69 caliber bullet that struck straight on and mushroomed - it appears some of the nose might have been ripped away, but it is still a neat example. It was recovered in Spotsylvania in May of 1973. This bullet was a part of the collection of William Reger from Berks County, Pennsylvania, who carefully documented his relics by recovery location and often recovery date. This relic includes Reger's original label. The Battle of Spotsylvania was the second major battle of Grant's 1864 Overland Campaign. The fighting here was fierce and resulted in a combined 30,000 casulaties. A provenance letter will be included.