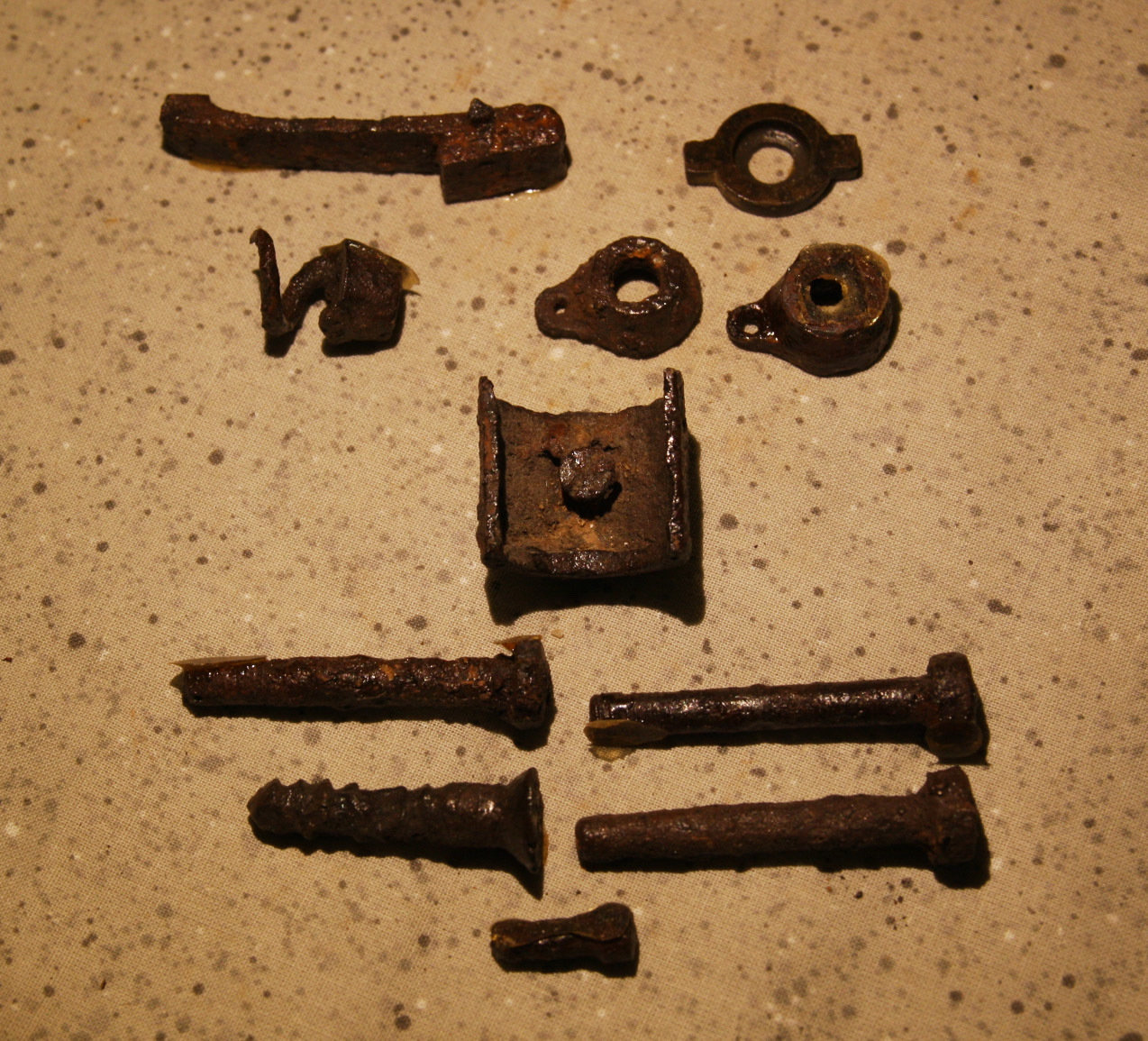 This group of musket related artifacts includes a nose cap, part of a main spring, part of a bullet worm, three pieces from Enfield musket nipple protectors and five screws which were likely musket screws (Ruh definitely thought so). These relics were recovered at the site of the Battle of Kennesaw Mountain, probably in the late 1950s or early 1960s. These come from the Albert Ruh collection. Ruh lived in New Jersey when he passed away a few years back, but most of his relic hunting was done in Northern Georgia. The Battle of Kennesaw Mountain was the most famous battle of Sherman's 1864 campaign against Atlanta, as the Union Army took very heavy casualties in an effort to take what was a very strong position. These items must have been attached to a display at some point, so there is glue on them. Also, they are coated with some kind of acrylic, a common practice with early relic hunters. A provenance letter will be included.