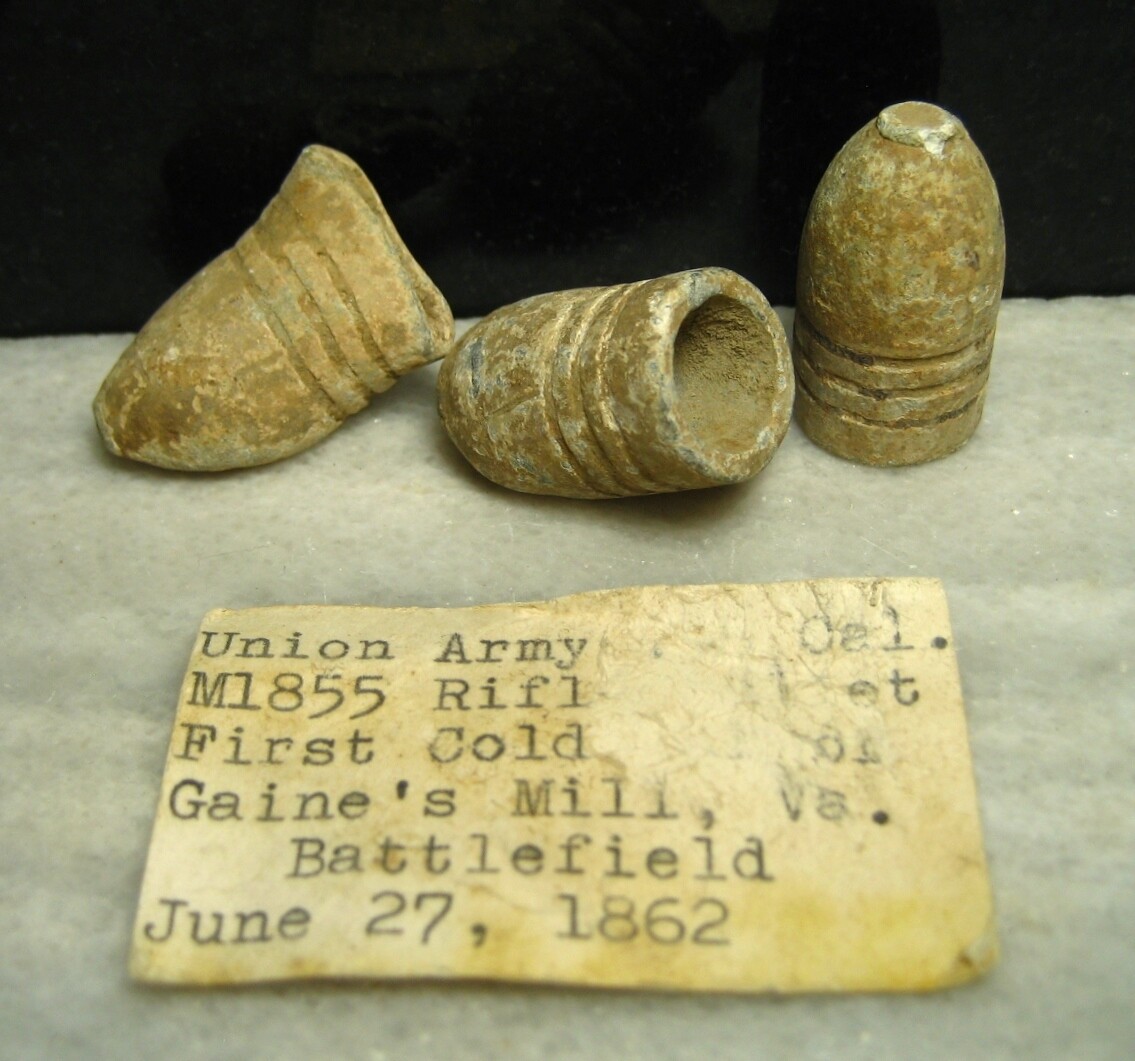 Three .58 caliber Williams Regulation bullets - two are fired and one is dropped - that were found at the Gaines' Mill Battlefield (the battle was sometimes called the First Battle of Cold Harbor since the fields overlapped) - the group includes the original typed collection label. These relics were in a large Pennsylvania collection of carefully identified relics that were recovered in the 1950s, 1960s and 1970s. Gaines' Mill was the second battle of the famous Seven Days Battles of 1862. At Gaines Mill, the Union position was eventually broken (after a Confederate attack spearheaded by Hood's Texans) but at the cost of almost 15,000 casualties on both sides. A provenance letter will be included.