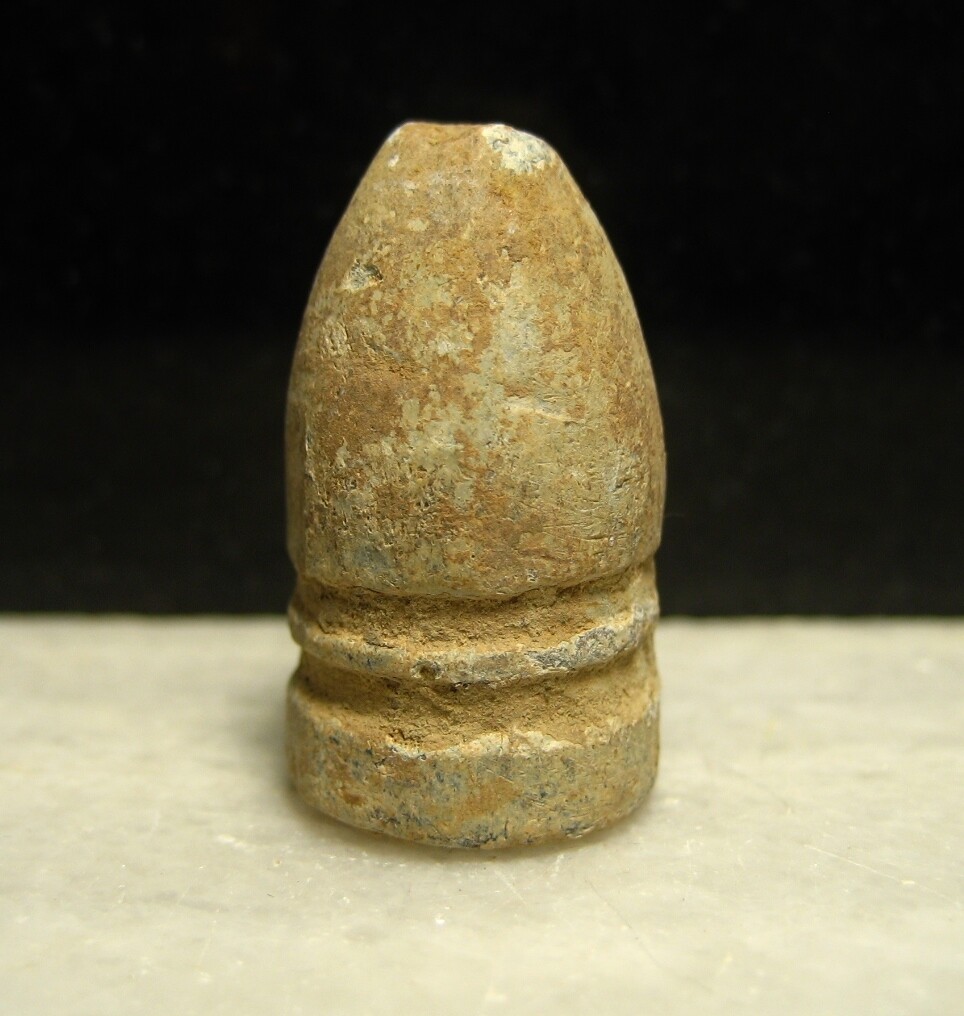 A .58 caliber Gardner bullet that was recovered at the site of one of the Seven Days Battles. It was in a large Pennsylvania collection of William Reger who carefully identified the relics that he found in the 1950s, 1960s and 1970s. The 1862 Seven Days Battles marked the rise of Confederate General Robert E. Lee to prominence as his aggressive attacks against the forces of George McClellan, despite the fact that the Confederate Army was outnumbered, saved Richmond. I will include a letter containing the specific provenance information.