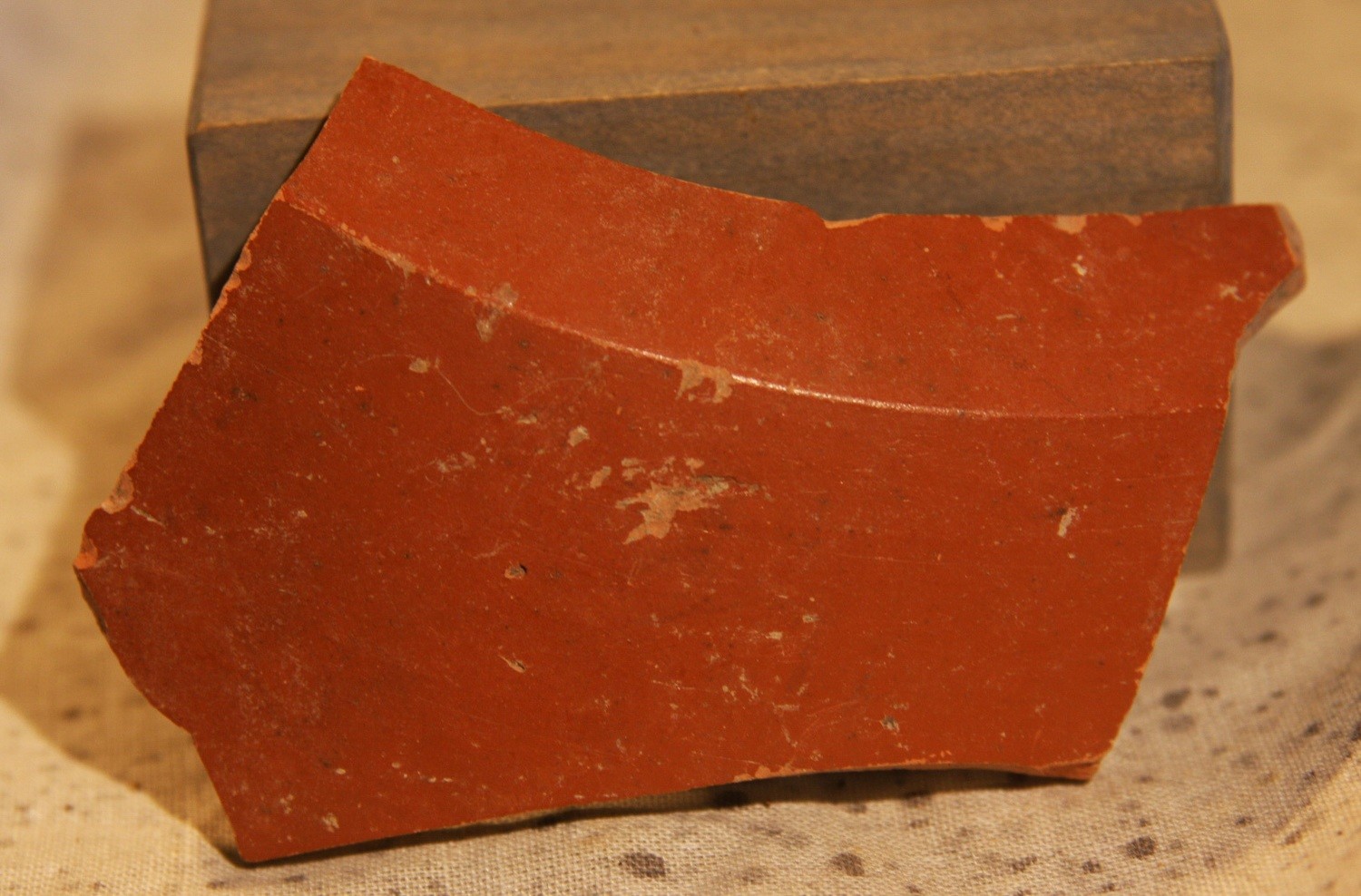 JUST ADDED ON 5/15 - ANCIENT ROMAN EMPIRE / ARCHAEOLOGICAL DIG NEAR TOWCESTER, ENGLAND - A Fragment from the Base of an Ancient Roman Terra Sigillata Bowl or Dish - from an Archaeologist's Collection

A nice fragment (3 x 1 7/8 inches) from the base of an Ancient Roman terra sigillata bowl or dish (terra sigillata was "fancy" Roman tableware) that was recovered during an archaeological excavation that was conducted near Towcester, England - during Roman times, the town was known as Lactodorum. The original excavation identification marks are still on this piece. Lactodorum began as a military garrison but by the 4th Century was a large civilian settlement. This piece comes from the collection of an archaeologist. Many of the pieces in the collection had archaeological marks on them that were related to the specifics of the excavation. I acquired this piece more than ten years ago. A provenance letter will be included.