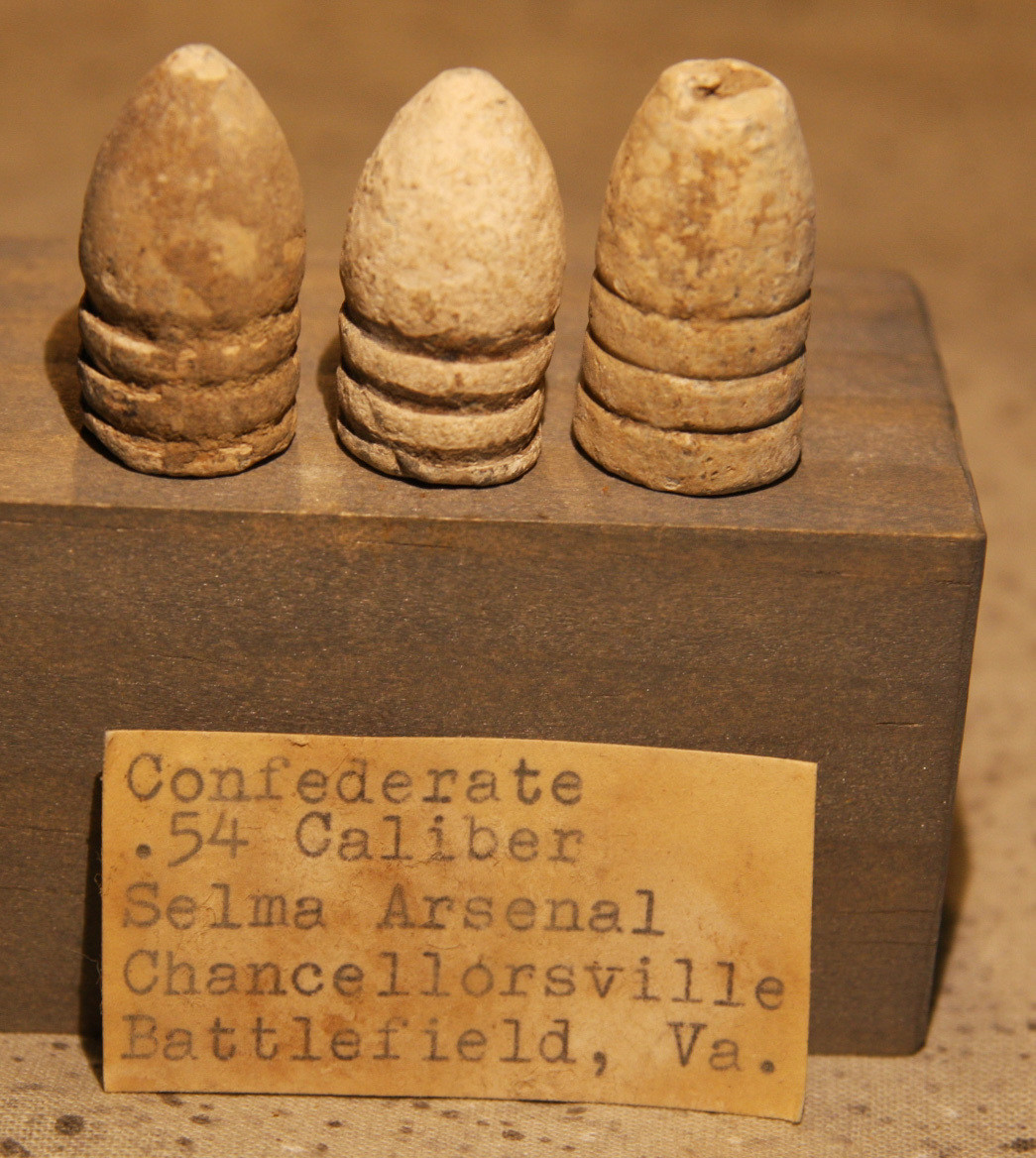 Three .54 caliber bullets with plug cavities that are clearly Confederate. The label identifies them as Selma Arsenal Bullet, but that only appears to be true for the one on the right (which also has a miscast nose). They were recovered at the site of the Battle of Chancellorsville, probably in the early 1960s. This artifact comes out of the collection of William Reger who lived in Berks County, Pennsylvania and relic hunted at a variety of sites from the late 1950s to the mid 1970s. Reger carefully identified his artifacts with typed labels (this group includes his original label). A provenance letter will be included.