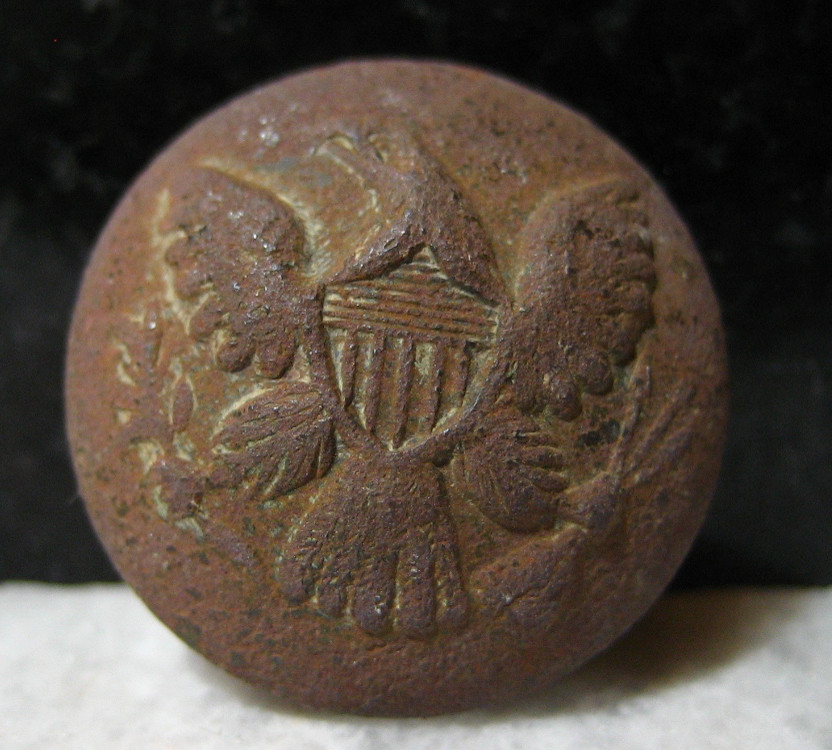 An eagle coat button (20 mm - no back mark - bent shank) that was recovered at the site of Hooker's last line at the Battle of Chancellorsville (near U.S. Ford) in the 1990s. The Battle of Chancellorsville, which was, perhaps, Robert E. Lee's greatest victory was fought in early May of 1863. After having his flank broken by Stonewall Jackson's surprise attacks and continuing attacks on his reestablished line, General Hooker finally pulled his Union Army back closer to the ford by which the army would retreat, building a strong line to protect the route. A provenance letter will be included.