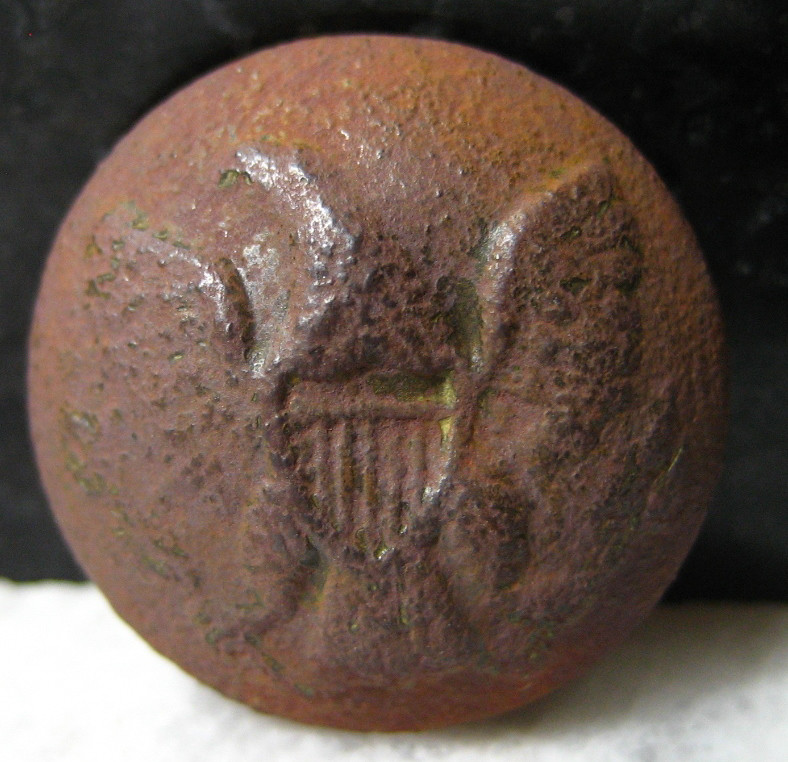 An eagle coat button (20 mm - "EXTRA QUALITY" back mark - missing shank - small push in the face) that was recovered at a hospital site that was used during the Battle of Todd's Tavern, which was a cavalry battle fought on May 7th when Grant tried to clear the Brock Road to open up the route to Spotsylvania after the Battle of the Wilderness.. A provenance letter will be included.