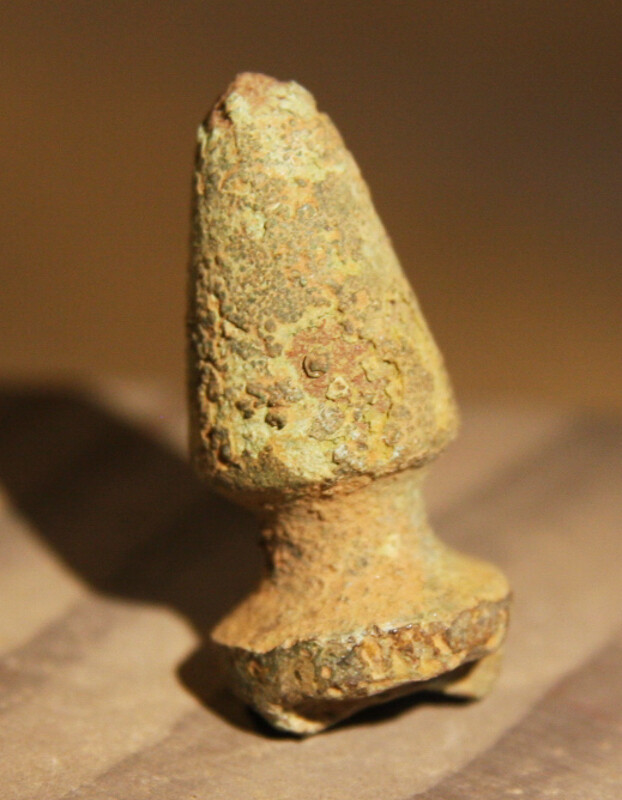 The finial from a bayonet scabbard tip which was recovered from an area between the Taneytown and Emmitsburg Roads close to the Round Tops and the National Park boundary (but on private property with permission). Quite a few artifacts were discovered at this location including New York button. I acquired this artifact two years ago - it had been recovered within months of when I purchased it. A provenance letter will be included.