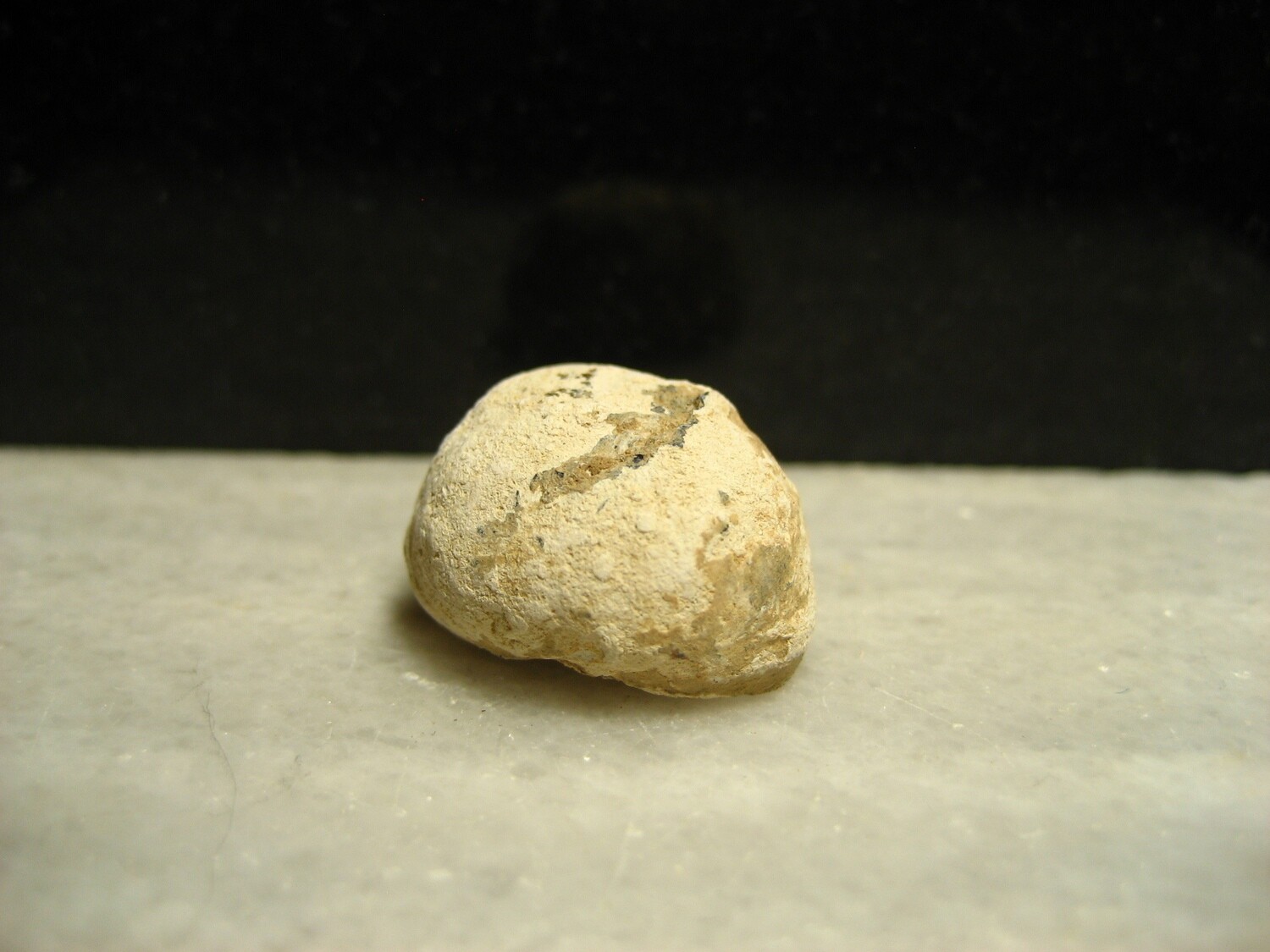 A fired musket ball or case shot, which struck at high velocity, that was recovered in the 1980s (private property at the time) on the west side of Burnside Bridge in the area where the Confederates struck the Union line during their advance after crossing the bridge (a photo of a map has been included in the gallery to show the location). I just acquired this artifact directly from the relic hunter who found it, so it is the first time that it is being offered for sale. A provenance letter will be included.