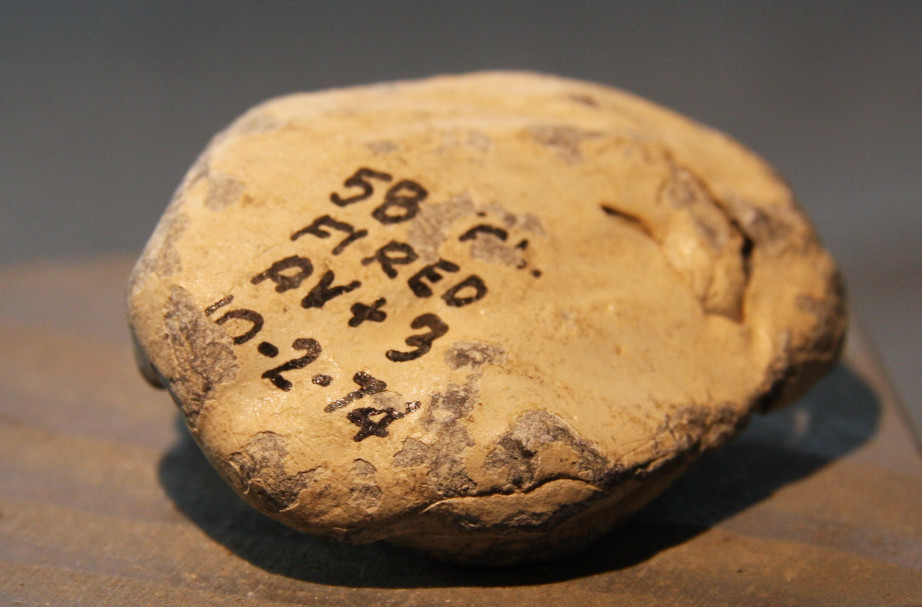 A nice example of a mushroomed fired bullet that was found by John Marks on October 2, 1974. Marks was a famous Memphis collector who carefully documented all of the relics that he found (with painted identification which included location and date) during thirty years of relic hunting. His collection was well-known and relics from it were featured in North South Trader and Francis Lord's Civil War Collectors' Encyclopedia. Marks passed away a few years ago. I will include a letter containing the provenance information.