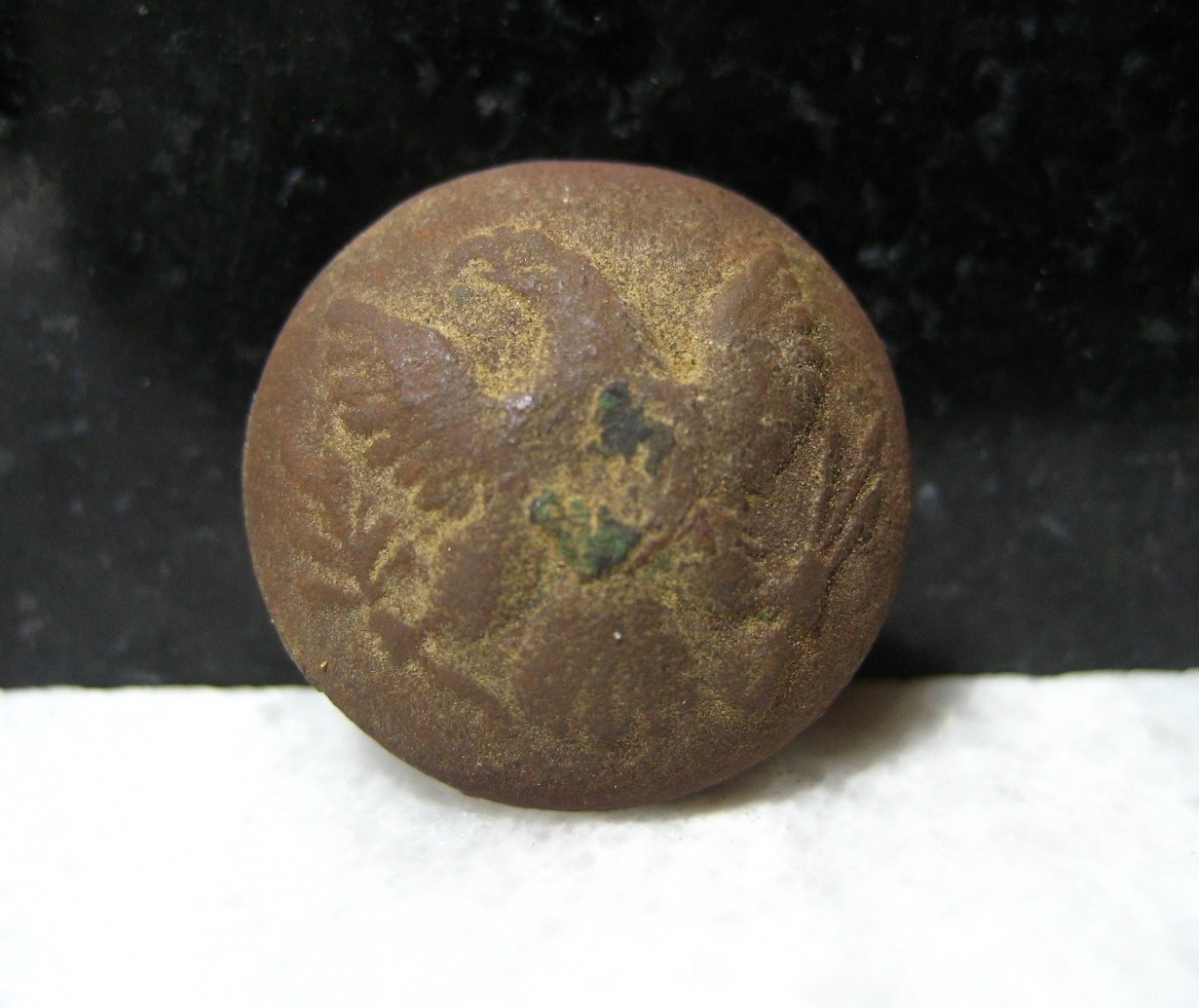 An eagle coat button (19 mm - back mark appears to be "EXTRA QUALITY" - stand up shank) that was recovered at the site of the Battle of Gaines' Mill in the early 1980s. The Battle of Gaines' Mill was the second battle of the famous Seven Days Battles fought on June 27, 1862. After several costly attacks on the Union line, Hood's Texas Brigade finally broke through bringing an end to the battle. Almost 7,000 Union soldiers and almost 8,000 Confederate soldiers were casualties of the fight. A provenance letter will be included.