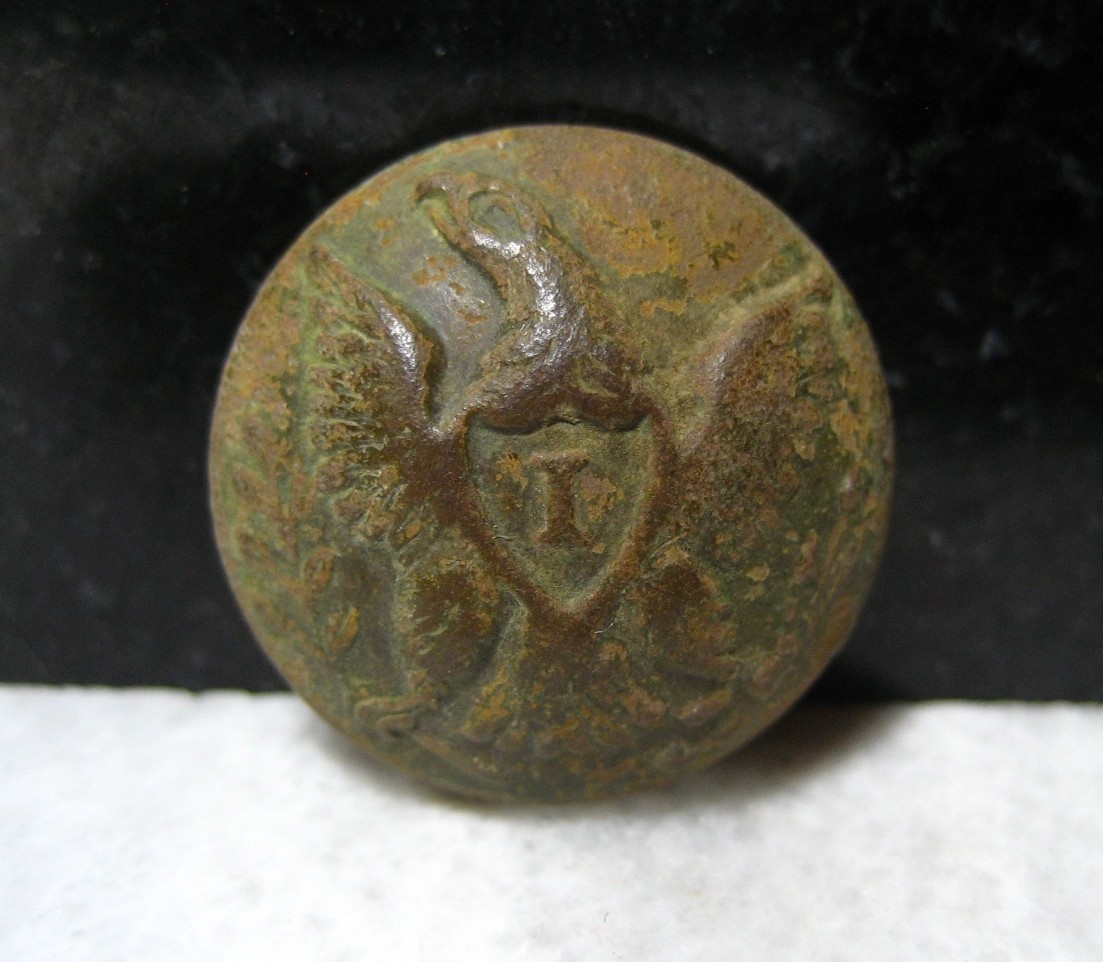 An eagle coat button (19 mm - no back mark - floating shank) that was recovered at the site of the Battle of Weldon Railroad which was fought on . The Battle of Weldon Railroad was fought from August 18th to August 21st 1864 during the Siege of Petersburg. The Union victory in the battle, which resulted in over 6,000 combined casualties, allowed Ulysses S. Grant to cut one of the most important supply lines for Lee's Army. A provenance letter will be included.