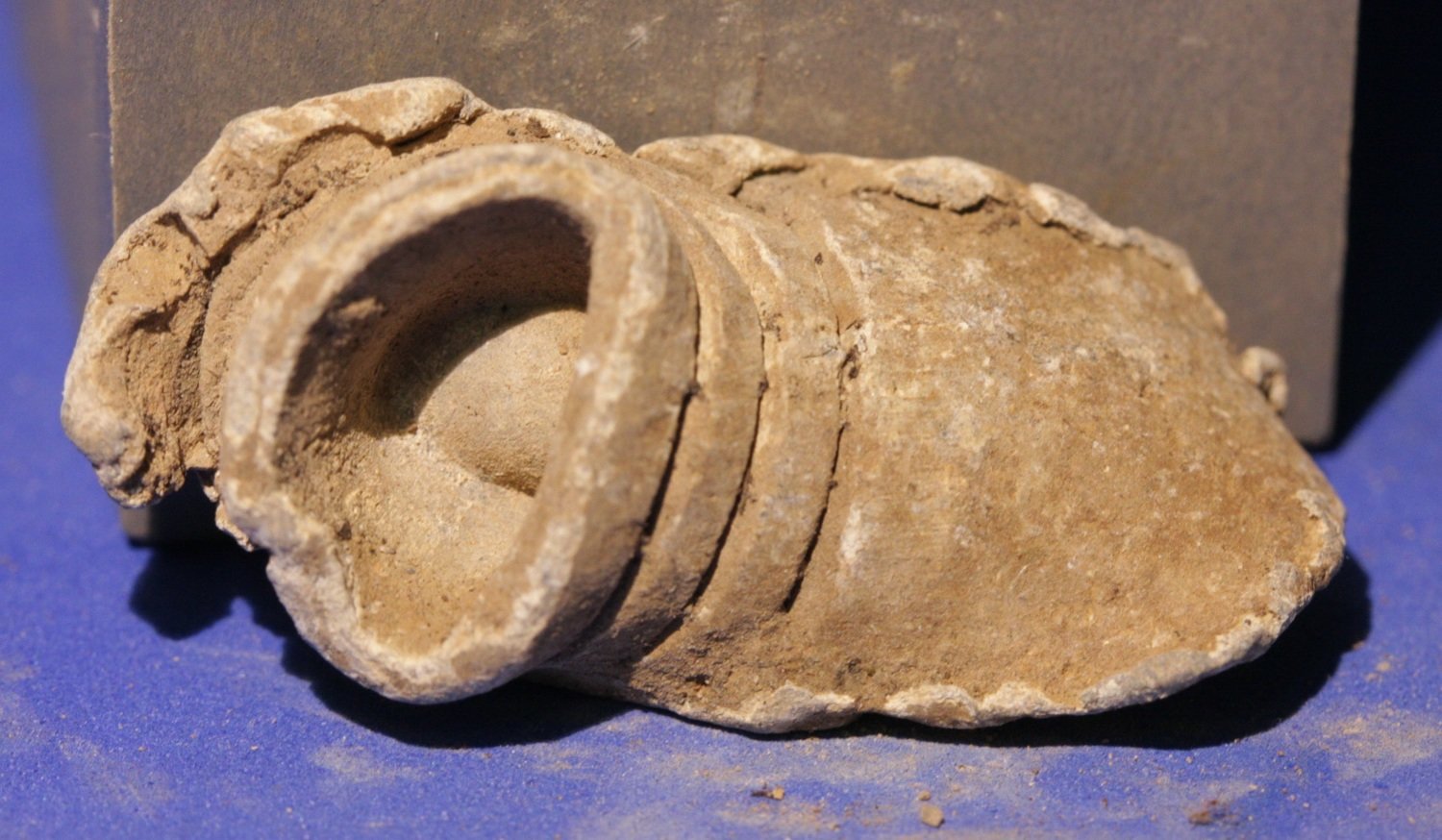 A neat high velocity impact fired bullet that has a nice circular bump in the cavity area - I at first thought that this was a teat (possibly from a Georgia bullet) but suspect that it may have been caused by the impact. It was found on the battlefield of Spotsylvania on March 6, 1976. This bullet was in a large Pennsylvania collection of carefully identified relics that were recovered in the 1950s, 1960s and 1970s. A photograph of the original collection label has been provided, but this label is not included with the bullet. The Battle of Spotsylvania Court House, fought from May 8th to May 21st, 1864, was the second major battle of Grant’s Overland Campaign. After the Battle of the Wilderness, the two armies raced to control the important junction at Spotsylvania.Lee’s Army arrived first and entrenched, forcing Grant to attack over the course of several days – the cost was another 31,000 combined casualties. A provenance letter will be included.