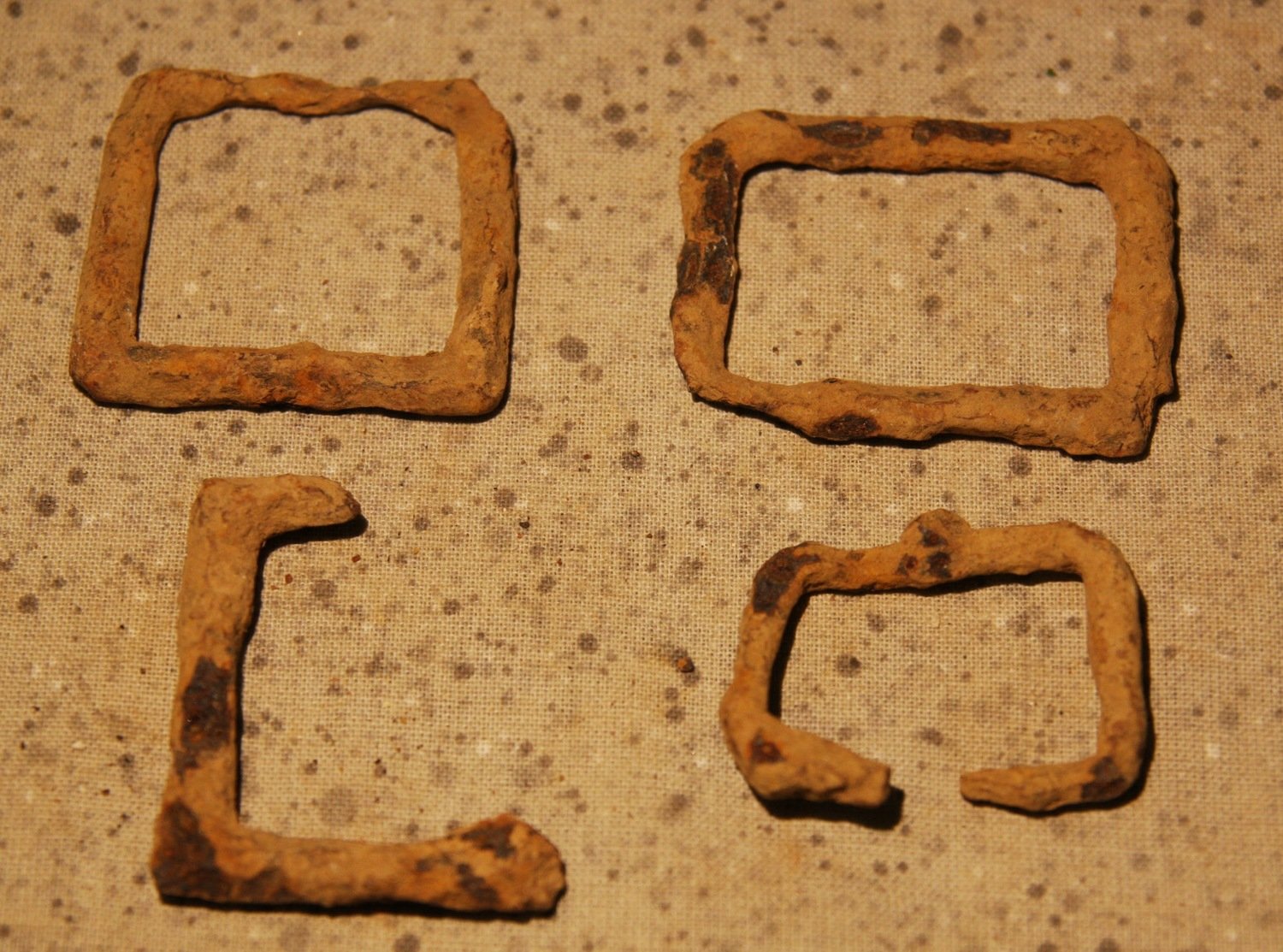 I am selling some of the relics that I have recovered during my past metal detecting adventures. These four frames from iron accoutrement buckles were found in the position of Heth's Division along Lee's defensive position below Hagerstown (the Confederates were forced to take this position during the retreat from Gettysburg because the Potomac River was too flooded to cross). In 1989, I got permission to hunt a farm that sat along Rench Road. Based upon Civil War era maps and the artifacts that I recovered (including a North Carolina button), I was able to determine that Heth's men occupied the area in which I hunted. The farm was memorable to me not only because of the artifacts that I found, but because on one outing in the pasture, I suddenly found myself surrounded by a herd of cows. Forunately, there was no bull! A provenance letter will be included.