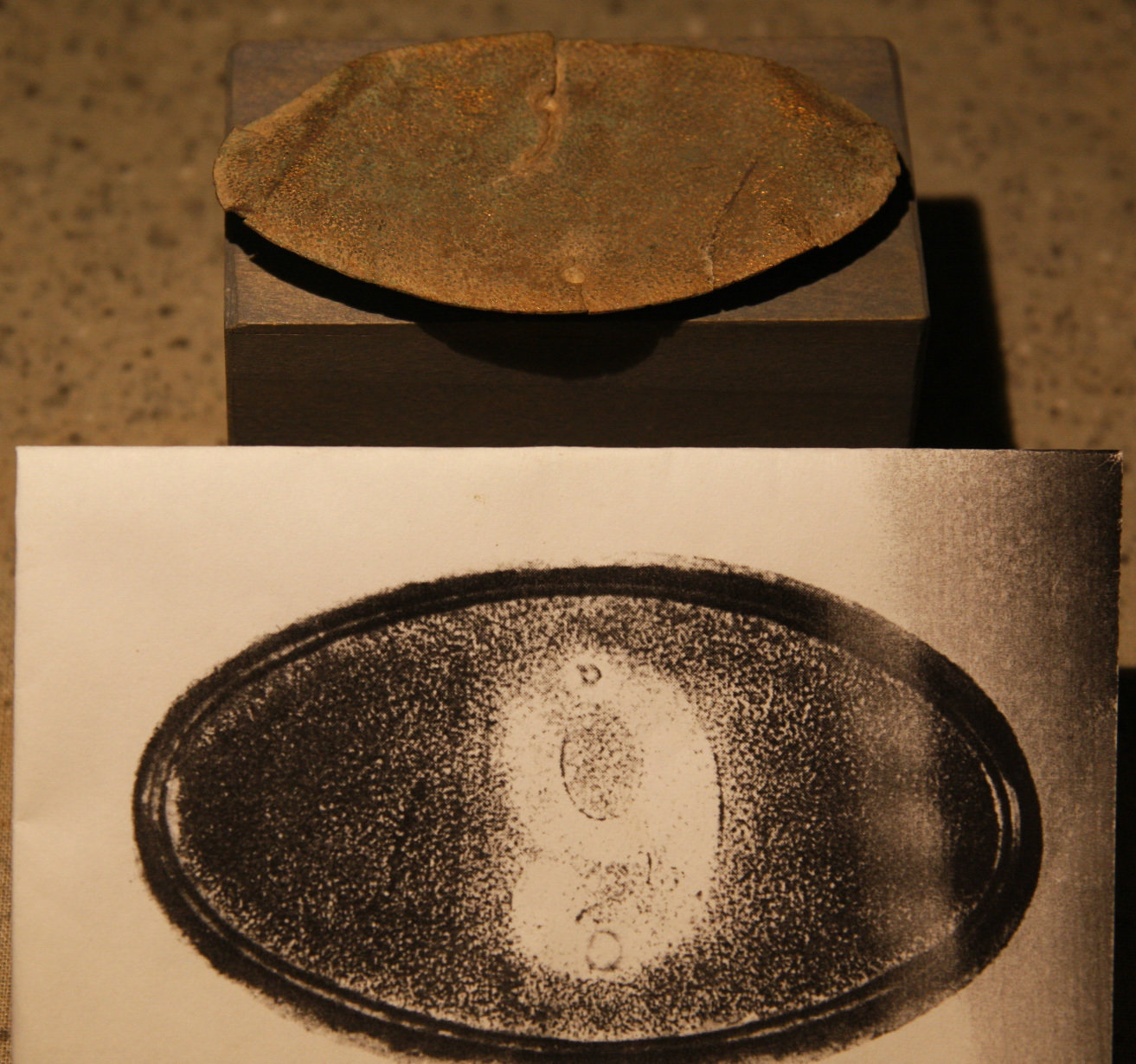 A rare small militia cartridge box plate (2 7/16 inches across x 1 5/16 inches high) that once had a number "9" or possibly a "6" attached to the face. You can see the indentations (top and bottom center) from where the number was affixed and can see a very faint outline of the number. These plates, which are apparently quite rare, have sometimes been associated with the 9th New York Infantry - Hawkin's Zouaves. I acquired this plate from a well-known Maryland collector who gave me the provenance that it had been recovered in the area on the Antietam Battlefield where the 9th New York would have fought (the area west of Burnside's Bridge - final assault / Confederate counter attack). Included with it were 9 ball or Zouave buttons - most are coat sized - that were found in the same location. The plate is not in the best shape - it may have had the rim trimmed at some point, it is bent upwards a little and there are a couple of cracks - about 65-70% of the lead remains on the back. The buttons, for the most part, are just the faces. Still, this is a rare artifact. I have included a photocopy that shows what the plates looked like with the number. A provenance letter will be included.