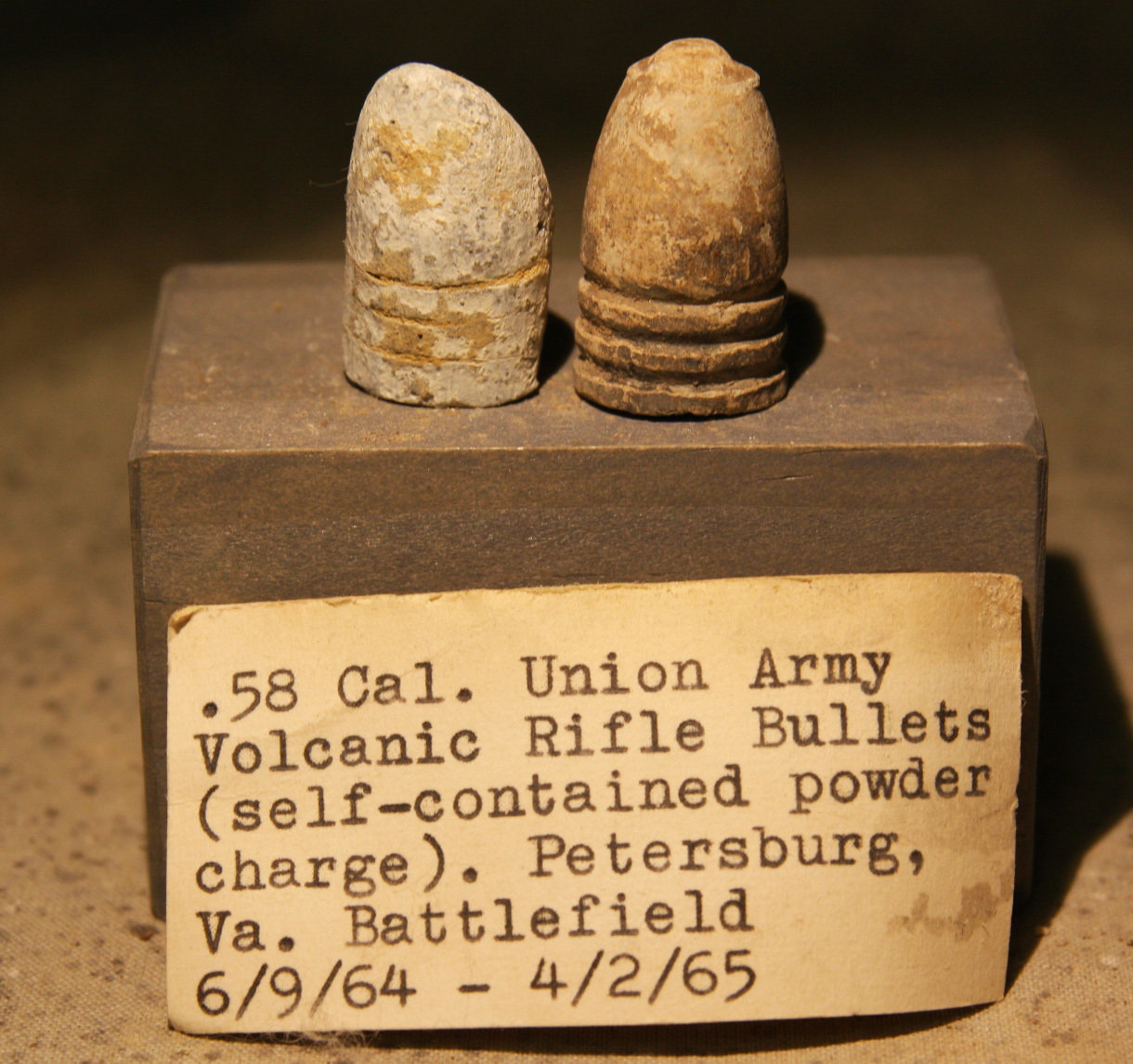 JUST ADDED ON 6/28 - THE SIEGE OF PETERSBURG - 2 .58 Caliber Bullets - with Original Collection Label

Two wide cavity .58 caliber bullets (one has a ram rod mark on the nose) that were recovered at Petersburg, probably in the 1960s. These bullets include the original typed label that identifies their recovery location. The relic hunter seems to have misidentified them as volcanic bullets, probably because of the unusually large cavity. These bullets were in the large Pennsylvania collection of William Reger, who carefully identified the relics, which were recovered in the 1950s, 1960s and 1970s. A provenance letter will be included.