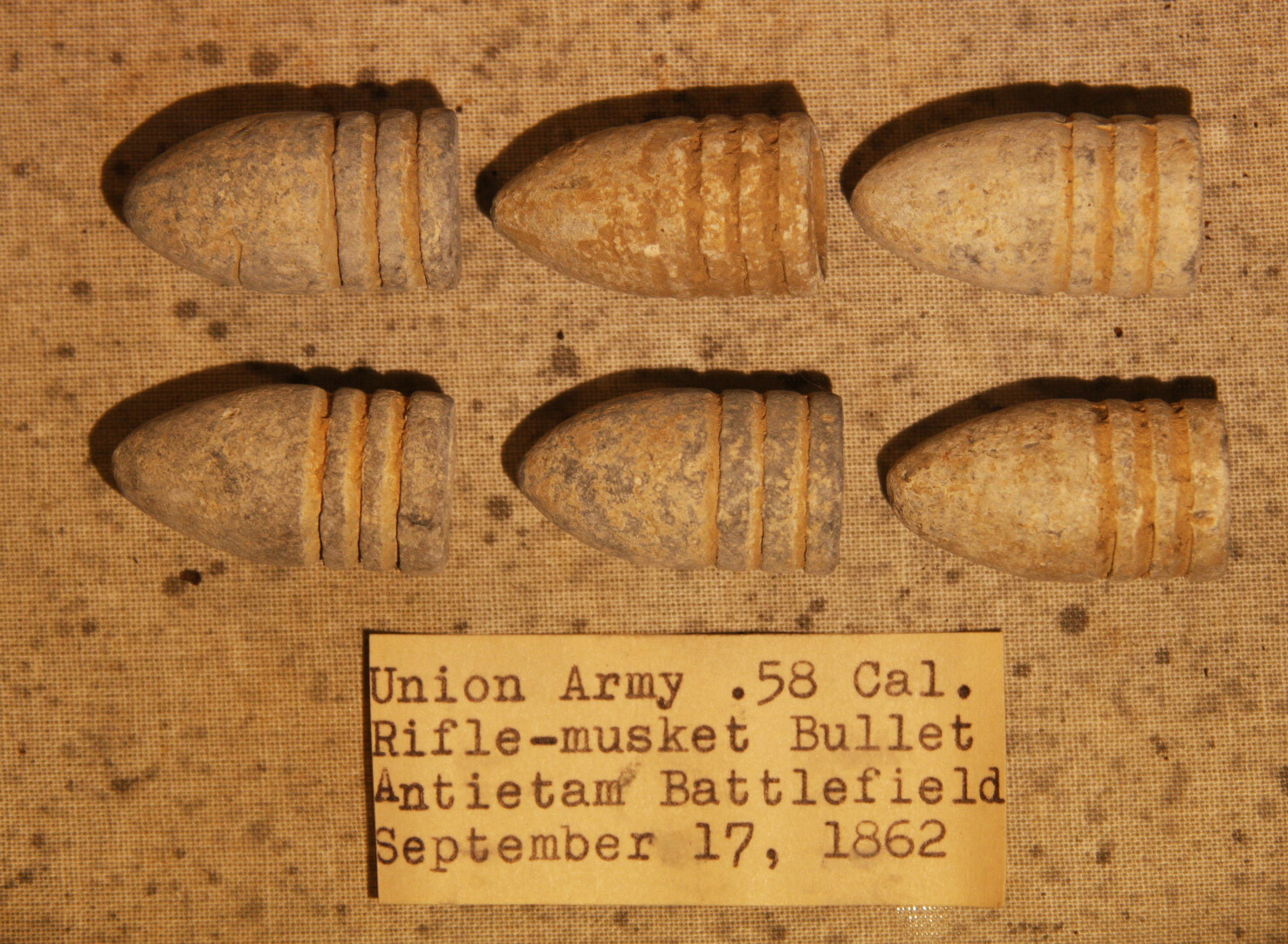 JUST ADDED ON 6/5 - THE BATTLE OF ANTIETAM - Six .58 Caliber Bullets including with Original Collection Label

Six .58 caliber bullets - one looks like it might have been nose cast - that were recovered at Antietam, probably in the 1960s. Other Antietam bullets from this collection were found at Bloody Lane or in the Cornfield, but there was no specific location given on this label. These bullets include the original typed label that identifies their recovery location. They were in the large Pennsylvania collection of William Reger, who carefully identified the relics, which were recovered in the 1950s, 1960s and 1970s. A provenance letter will be included.