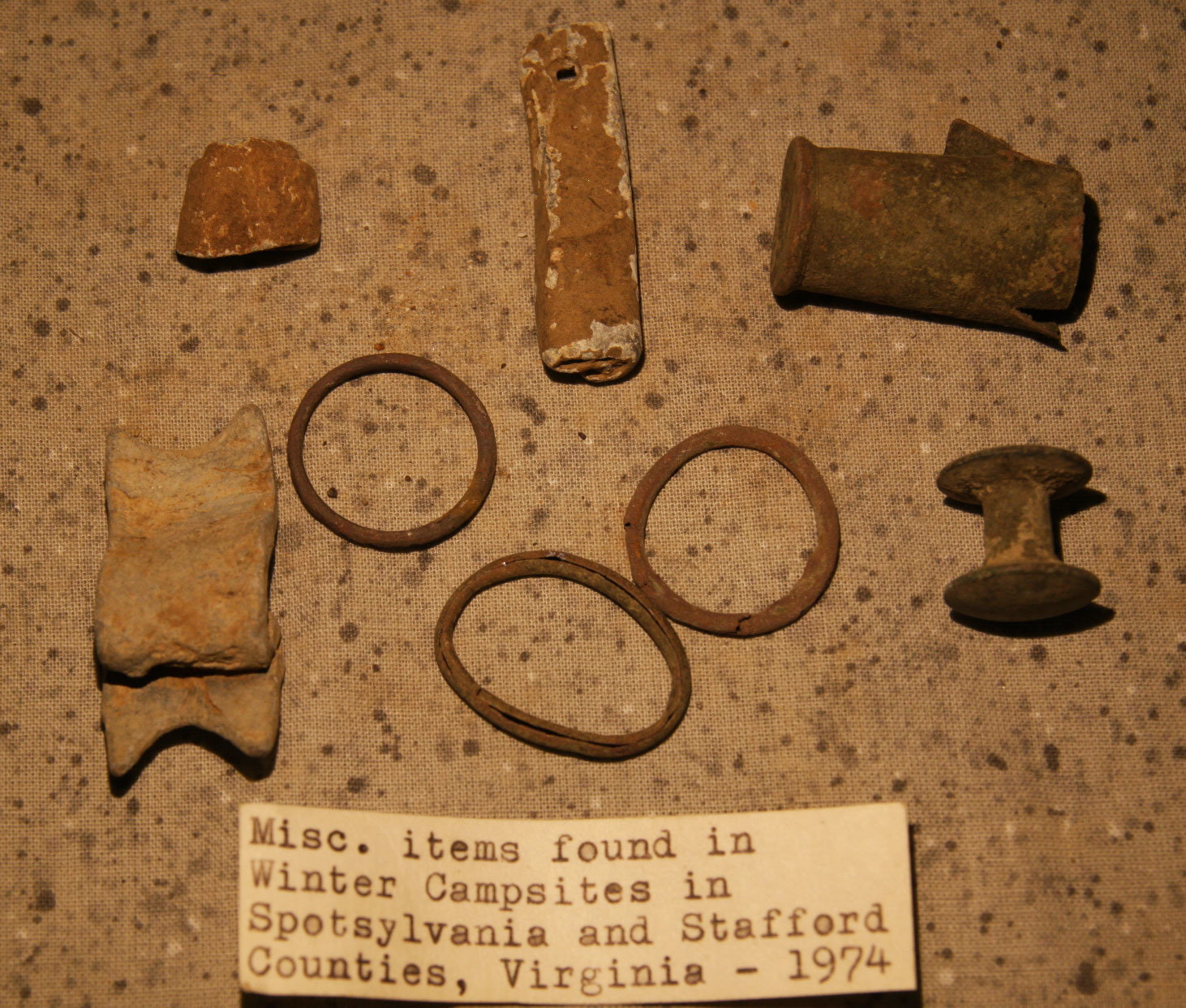 A group of eight artifacts, including a musket nipple protector and a soldier made fishing sinker, that were a part of a large Pennsylvania collection of relics that were recovered in the 1950s, 1960s and 1970s. These artifacts include the collector's original typed label which indicates that they were recovered in 1974 from one of the Union winter camps in Stafford County, Virginia. A provenance letter will be included.