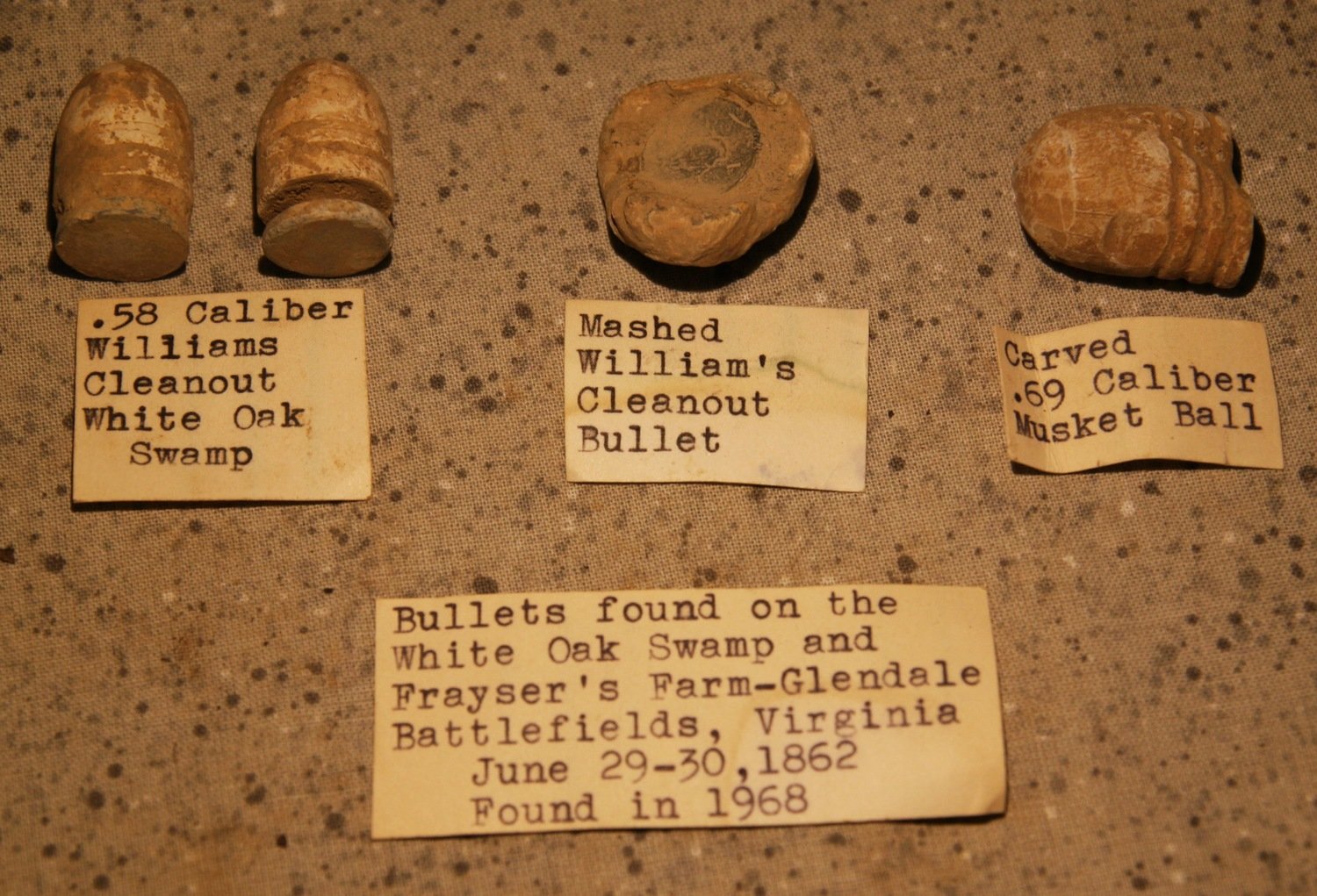 Four bullets with original individual labels (two of the bullets have one label) and larger group label that were recovered in the Battle of Glendale / White Oak Swamp area in 1968. These were a part of a large collection of well-provenance artifacts that were recovered in the 1950s, 60s and early 70s. The .69 caliber bullet almost certainly came from these 1862 battles, but since Type III Williams Cleaners were not in use until 1864, these bullets must have been related to Grant's 1864 Overland Campaign which also operated in this area. The relic hunter who formed this collection was probably not aware of this because it did not become common knowledge until much later. The Battles at Glendale and White Oak Swamp were very fierce, even though the names are not as well remembered as other Seven Days battles such as Gaines Mill or Malvern Hill. A provenance letter will be included.