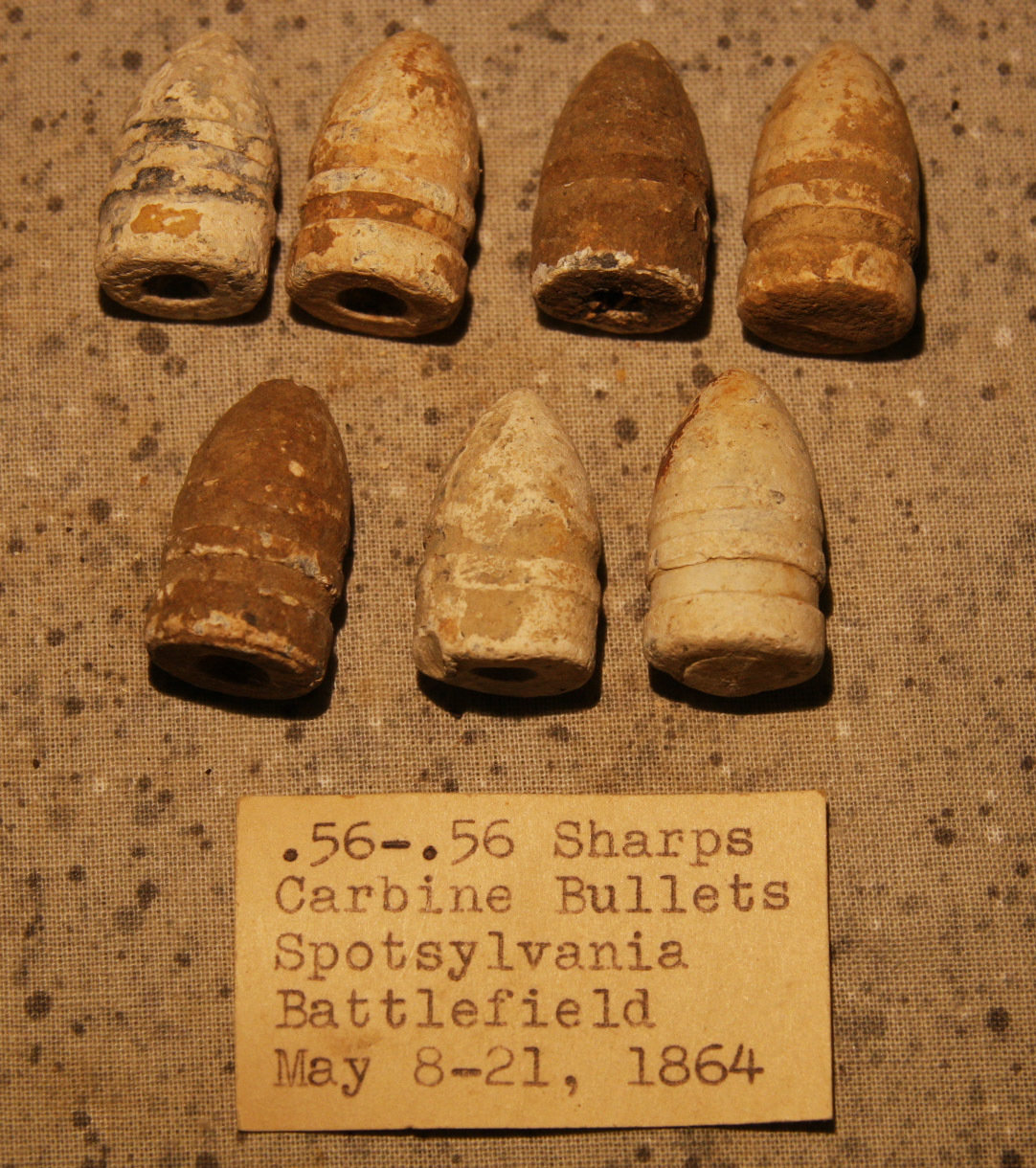 Seven Sharps bullets that were found at the site of the Battle of Spotsylvania, probably in the early 1960s. These bullets were in a large Pennsylvania collection of carefully identified relics that were recovered in the 1950s, 1960s and 1970s. The collector's original identification label as well as a provenance letter will be included with the bullets.