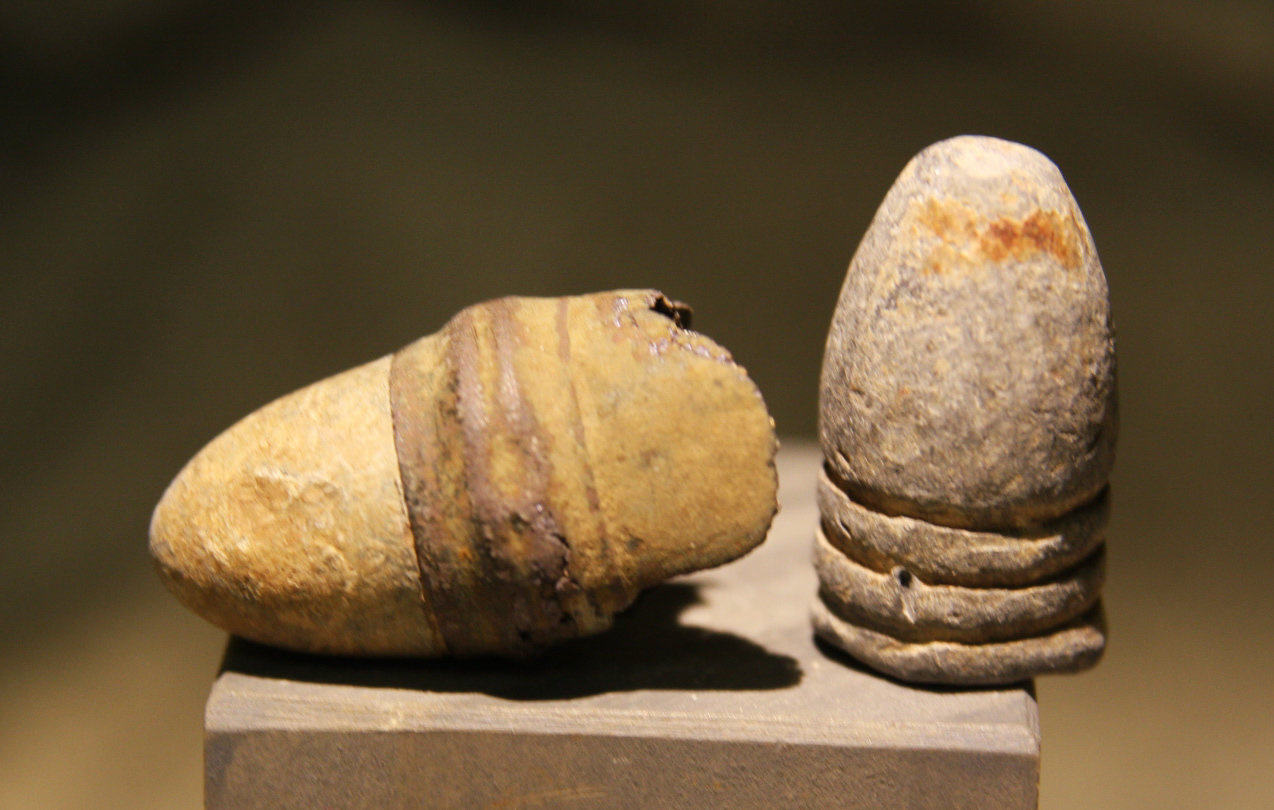 A Burnside Carbine bullet with part of the casing still attached and a .54 caliber bullet (possibly nose cast - appears to have had nose cut, possibly to remove a sprue) that were recovered in the 1980s near the far right flank of the Union position during the Battle of the Wilderness. A provenance letter will be included.