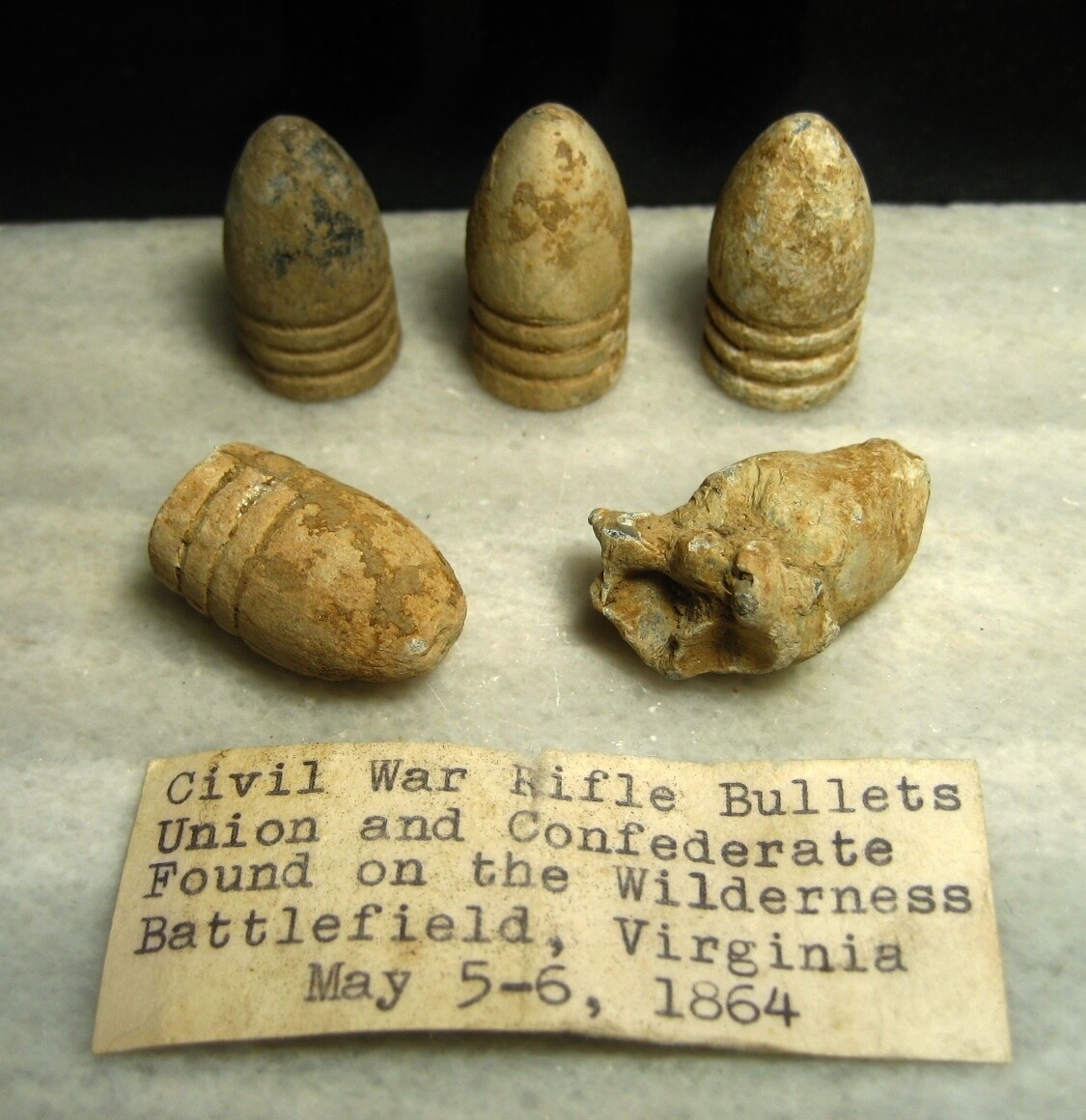 JUST ADDED ON 6/8 - THE BATTLE OF THE WILDERNESS - Five Bullets - 3 dropped, 2 fired -One is Very Interesting - with Original Collection Label

Five bullets - 3 dropped .58 caliber, one fired .58 caliber and one very unusual fired bullet (maybe a Gardner? - hard to tell) - that were recovered at the site of the Battle of the Wilderness - possibly in the 1950s as the Wilderness appears to have been one of the first places Reger hunted. These artifacts come out of the collection of William Reger who lived in Berks County, Pennsylvania and relic hunted at a variety of sites from the late 1950s to the mid 1970s. Reger carefully identified his artifacts with typed labels - in this case, the label is included with the artifacts. A provenance letter will be included.