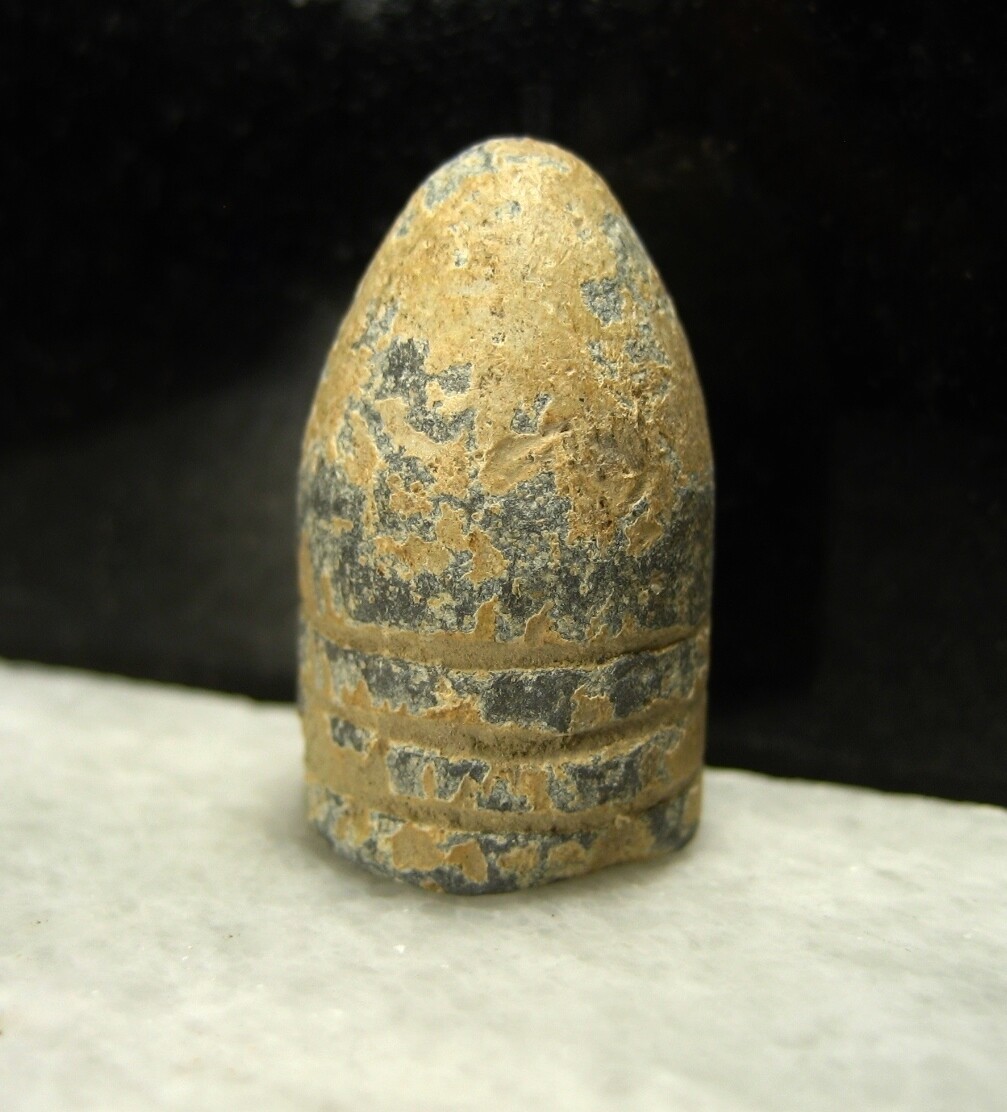 A fired .58 caliber bullet that was recovered at the High Water Mark at Gettysburg - this is the area where Pickett's Charge briefly pierced the Union defenses before being driven back. This bullet was a part of the private collection of Emily Rosensteel who was the wife of George Rosensteel, nephew of the famous John Rosensteel. The bullet was found by Gettysburg resident George Williams in the early the early 1900s. These were originally sold by the Horse Soldier (for $25.00) and includes the original provenance letter that was included with the relic when purchased in 2013. I just acquired this relic from the collector who purchased it and will include my own provenance letter along with it.