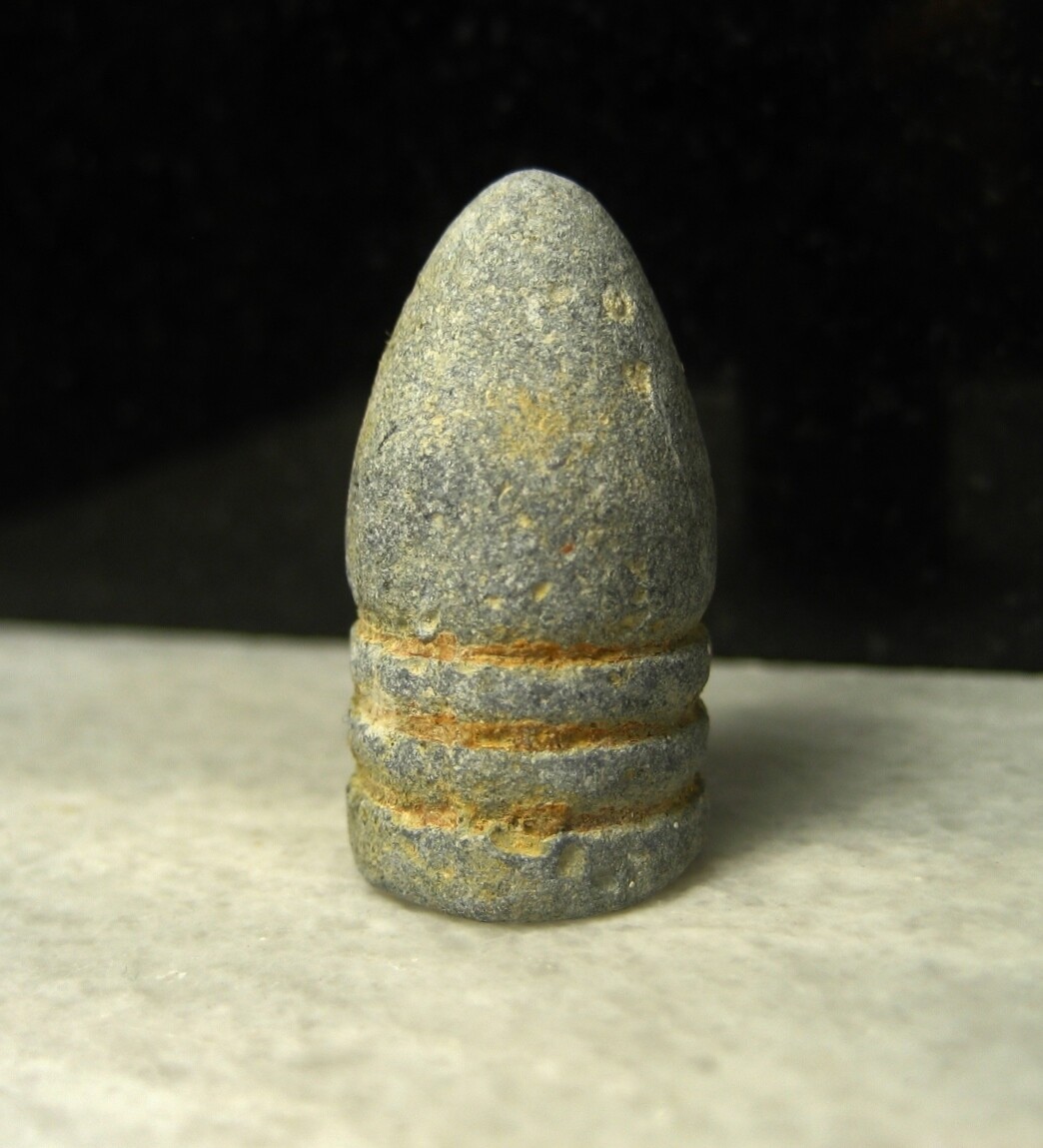 A .58 caliber bullet that was found on the beach at Point Lookout, Maryland in the 1970s by Steve Noga. This bullet, which was likely lost by a soldier in one of the regiments that was guarding the prison, has "sea material" in the cavity. Point Lookout Prison Camp was built on the isolated peninsula formed by the Chesapeake Bay and Potomac River south of Washington D.C. The prison was established on August 1, 1863 and became the largest camp holding Confederate prisoners of war and also had a reputation of being one of the worst. The prison was designed to hold 10,000 prisoners, but there were as many as 20,000 there at one time. Over 54,000 prisoners were held from August, 1863 until the end of the war (many of the earliest prisoners were captured at Gettysburg), 3,000 of whom died from the poor conditions and disease. A provenance letter will be included.