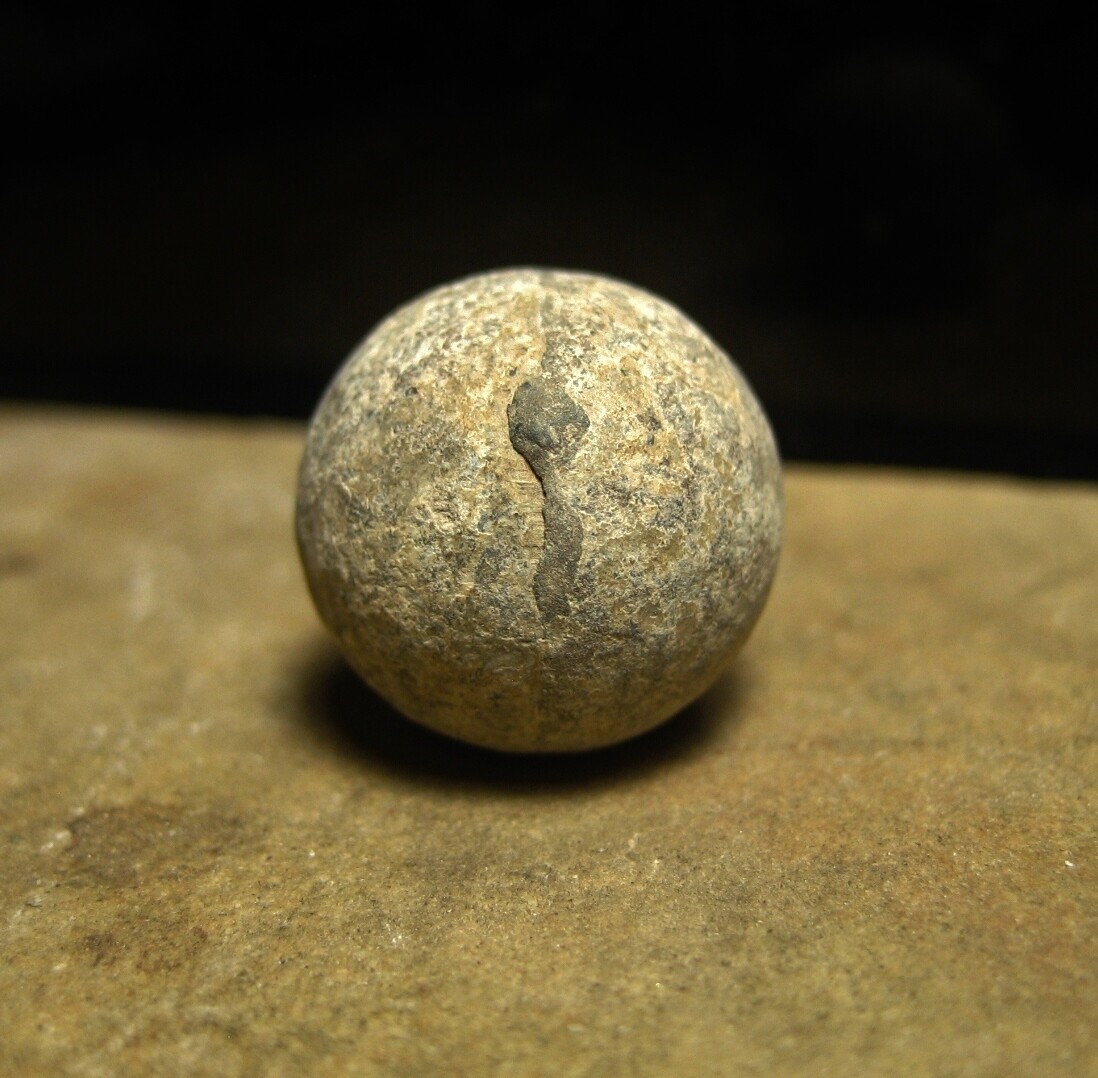 A lead case shot from an artillery shell that was recovered at the site of the Battle of Olustee, Florida - probably in the 1960s. I have had very few artifacts from Olustee, as they are not real common. This artifact comes out of the collection of William Reger who lived in Berks County, Pennsylvania and relic hunted at a variety of sites from the late 1950s to the mid 1970s. Reger carefully identified his artifacts with typed labels. The Battle of Olustee was fought on February 20th, 1864. Although only 10,000 soldiers were present on the battlefield, casualties were quite high with the Union losing 34% of the men engaged while the Confederates lost 19%. A provenance letter will be included.