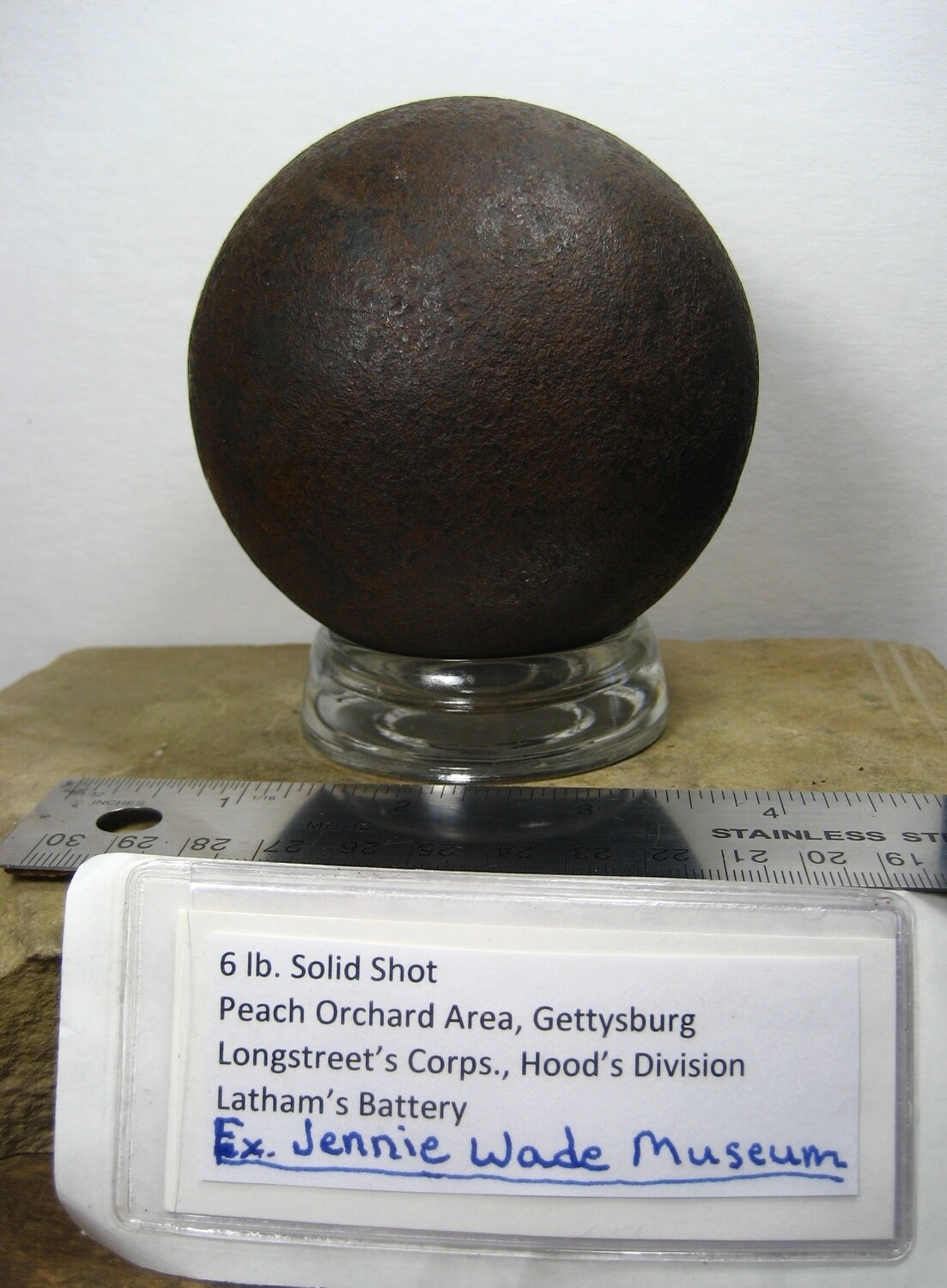 This is a very rare Gettysburg artifact as the only six-pounder cannon at Gettysburg was in the Confederate Latham's Battery which was part of Longstreet's Corps. The battery was positioned on the far right of Longstreet's line on July 2nd and records indicate that it fired in both the direction of the Peach Orchard and Devil's Den. This solid shot was originally sold by the Union Drummer Boy in Gettysburg (the original provenance letter is included) and was provenanced to the Jennie Wade Museum. It is clearly an early recovery as the pitting is very limited. The collector who I acquired this from (who purchased it from the Union Drummer Boy) said that it was recovered at the Peach Orchard (his collection label is included and is shown in one photograph) although this is not listed in the letter. This is a very rare Gettysburg artifact, so don't miss out. I will include my own provenance letter (along with the original letter). The shipping charge of $20.00 will include insurance.