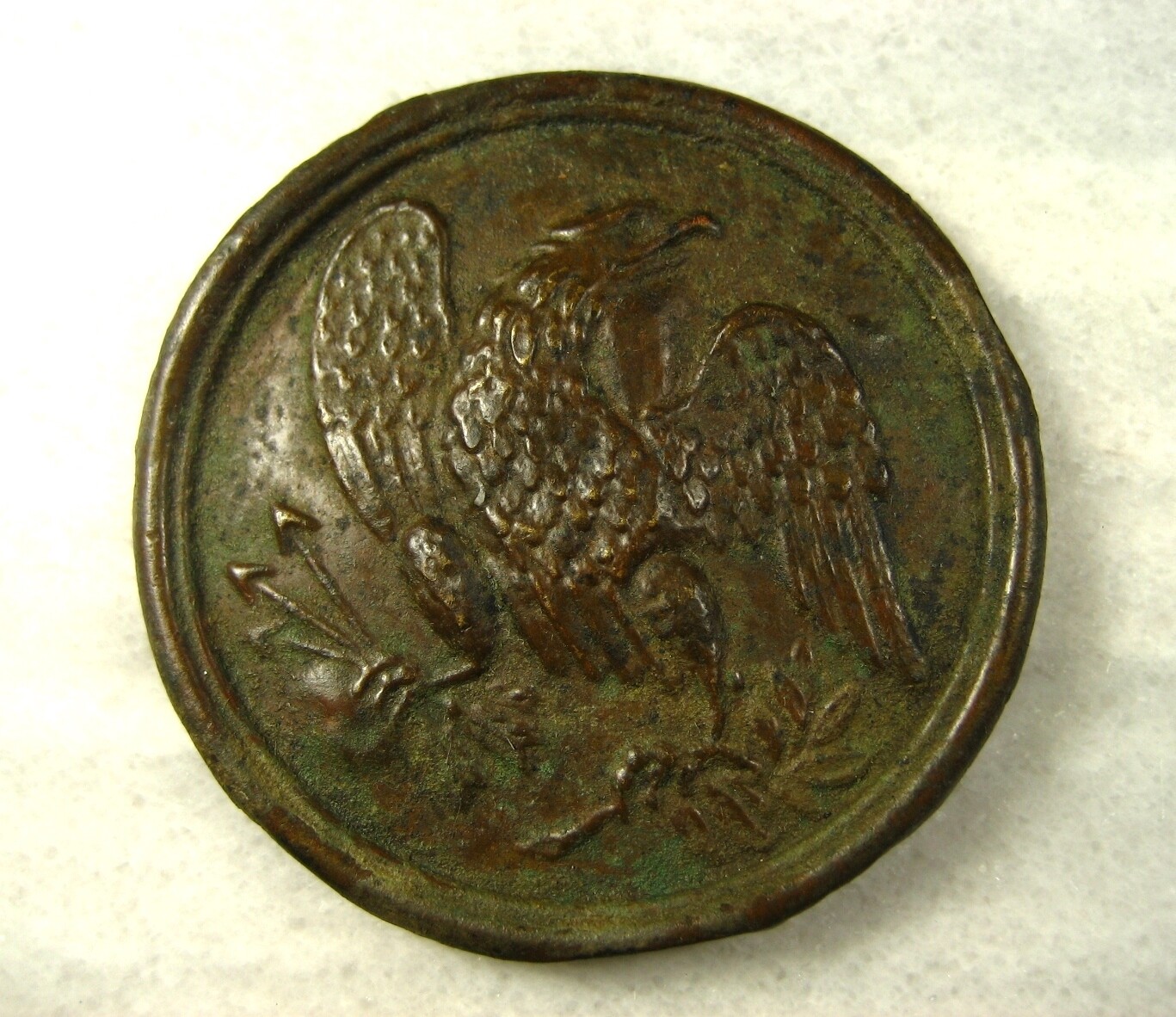 This breast plate was once part of the famous Rosensteel Collection of Gettysburg. The hooks on the plate have rusted away (typical). It has about 90 % of the lead back. There are a couple small dents on the edge and the plate is slightly bent, bt the face is very nice. This specific relic was identified as having been found in the Valley of Death (in front of Little Round Top) in the 1940s and was part of the relic collection given to the Rosensteels by Ellwood Cullison. Ellwood and John Cullison recovered the relics that they gave to the Rosensteels between 1930 and 1960. The Rosensteel Collection is arguably the most famous collection of Gettysburg relics that has ever existed. John Rosensteel opened his Round Top Museum of Gettysburg artifacts in 1888. The collection, which grew in size as a variety of local collections were acquired (including artifacts found by John Cullison), became the nucleus of the Electric Map Museum collection and ultimately the Gettysburg National Park Visitor Center collection. The Cullisons, Gettysburg residents, hunted many areas of the battlefield (by eyeballing relics first and then with metal detectors in the 1950s) and carefully identified the location of recovery. All of the Cullison items that did not go to the National Park Service were acquired by the Horse Soldier in the 1990s - I acquired this relic from that source. I will include a signed provenance letter.