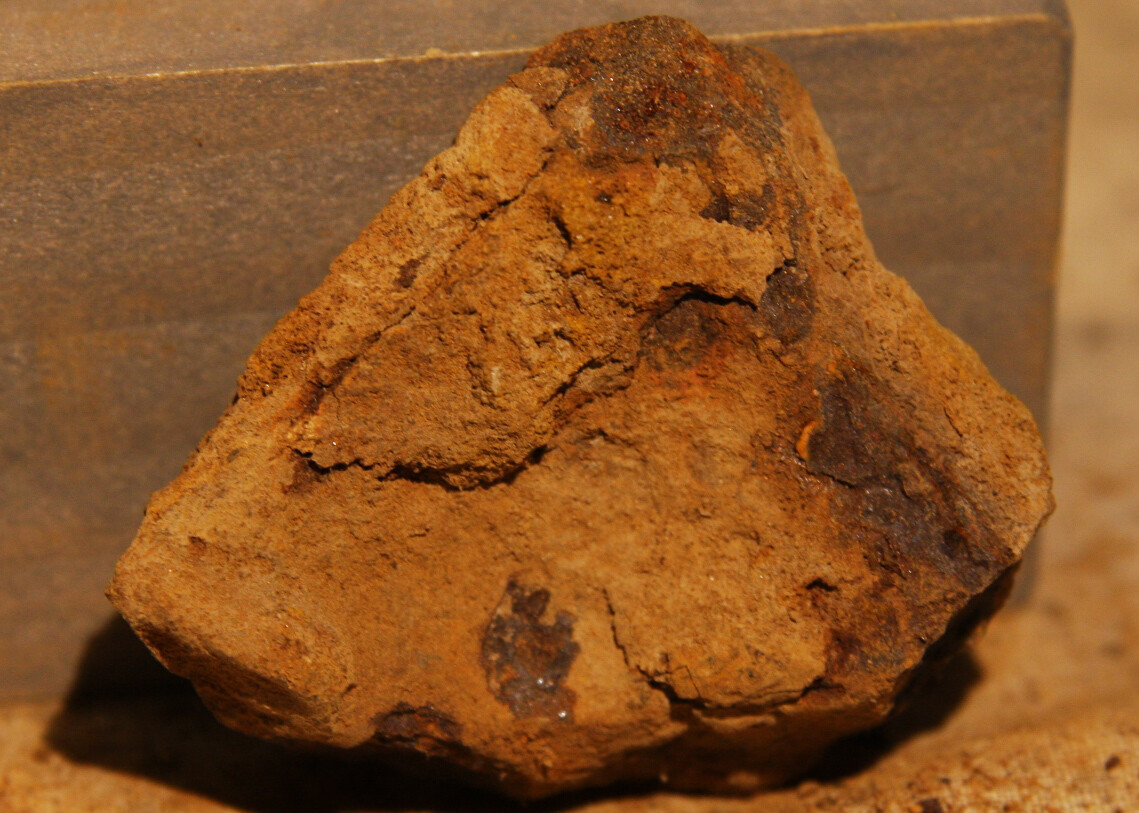 A fragment of an artillery shell (1 3/4 x 1 3/4 inches) that was recovered by me in the mid-1980s on the famous Rummel Farm on the East Cavalry Field at Gettysburg. At that point, the farm was privately owned and I received permission. I made several trips and hunted quite a bit in the area immediately in front of where the cannons sit along Confederate Cavalry Avenue (based upon the location of friction primers that I found, the cannons were positioned on low ridges a short distance in front of where they now sit). This was actually the first Civil War location that I relic hunted at and I feel privileged by the opportunity (I wrote about it in my book). But, it is time to let some of these relics go so that others can enjoy them. The fragment is uncleaned (except for the removal of most of the dirt) and is much as it was when I pulled it from the ground. The East Cavalry Field, which lies just east of Gettysburg, was the site of an important July 3rd, 1863 cavalry battle in which Union forces, including the brigade of George Armstrong Custer, stopped the movement of J.E.B. Stuart's Confederate Cavalry as it attempted to move behind the Union position in advance of Pickett's Charge. A provenance letter will be included.