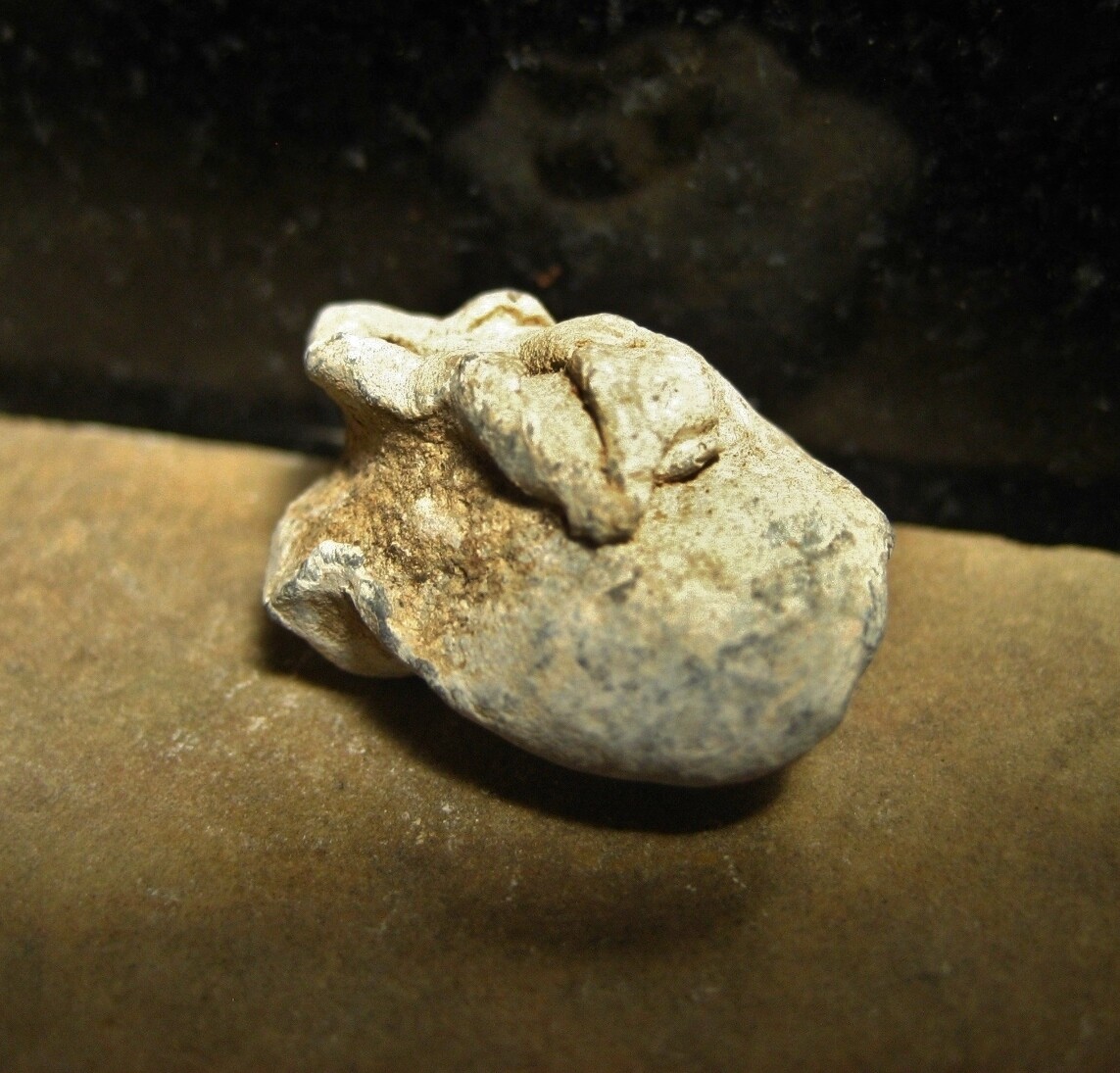 A fired bullet that distorted from impact and appears to have remants of wood stuck in it, which would not be surprising with all of the trees that were on the battlefield. It was recovered along the Orange Plank Road "across from the Wadsworth Monument" on the Wilderness Battlefield in 1979. The area that was being detected was private property at the time. This section of the battlefield saw intense fighting as Confederate attacks up the Orange Plank Road struck Hancock's line along the Brock Road. A provenance letter will be included.