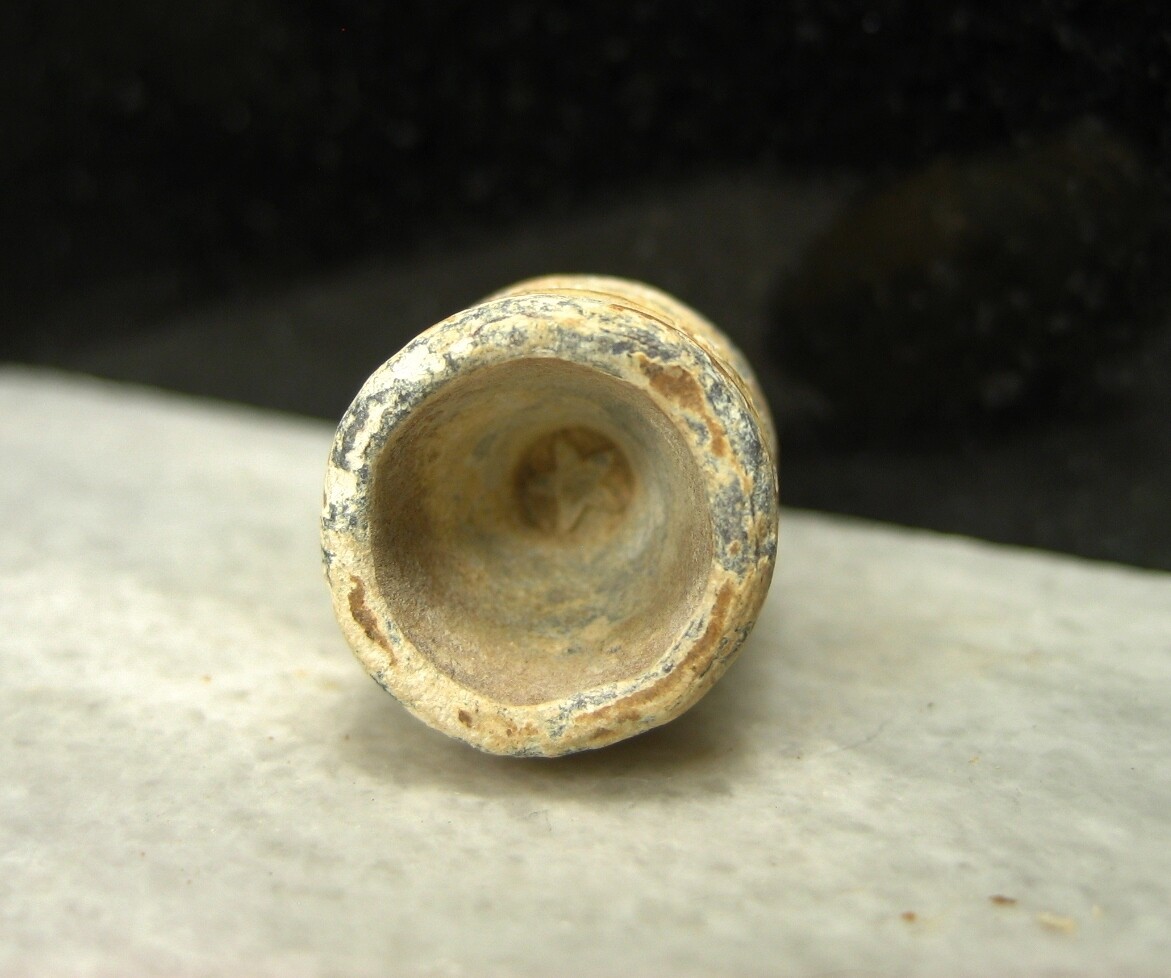 A bullet with a star in the cavity (sometimes called a Washington Arsenal bullet) that was found in an area east of the Second Manassas Battlefield used during the Union retreat from the field (in the area of Fairfax Station). I acquired this artifact about ten years ago from a Shenandoah Valley antique dealer who acquired it directly from the relic hunter. A provenance letter will be included.