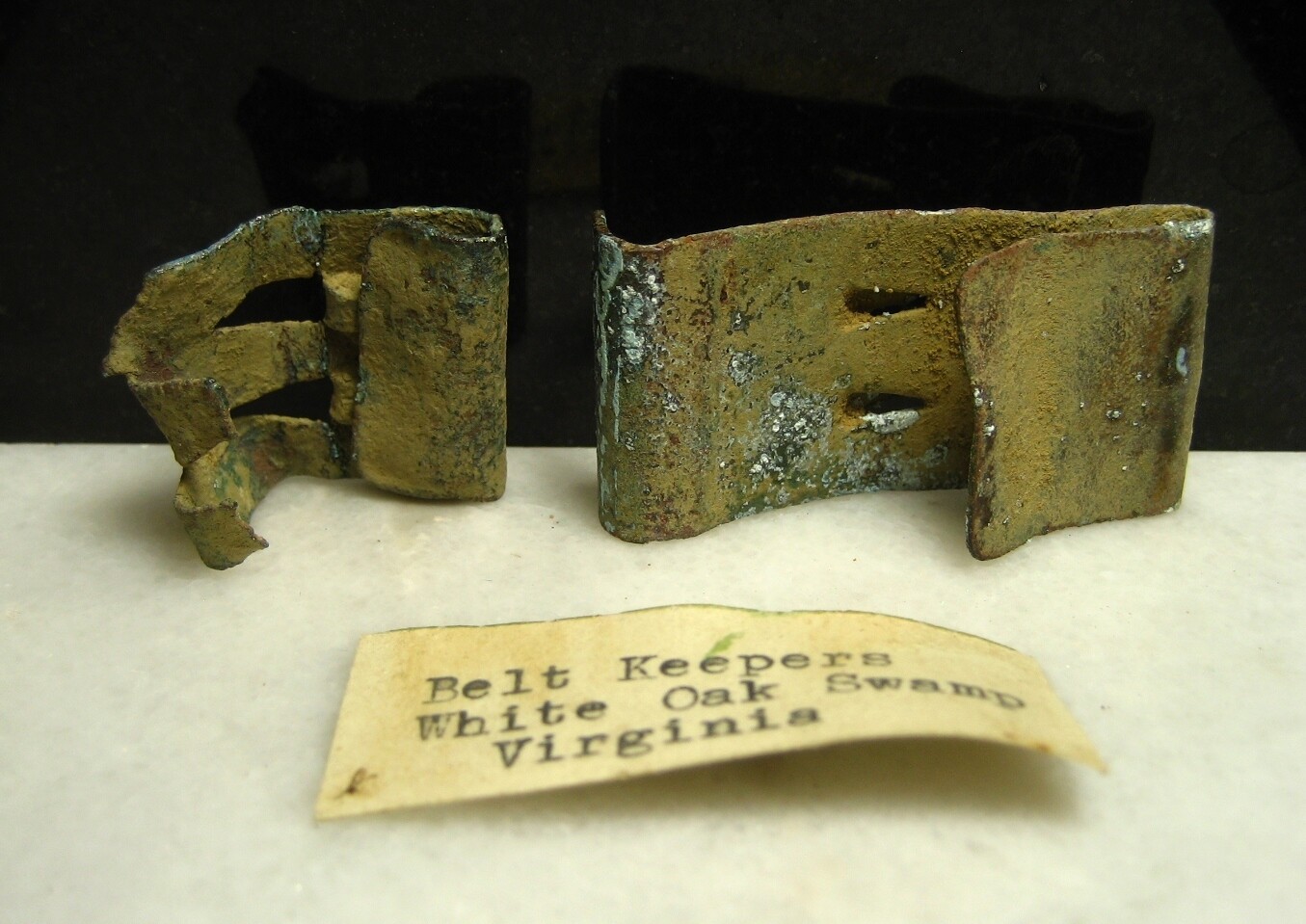 Two broken and bent belt keepers that were recovered at White Oak Swamp in 1971 - these relics include the original typed collection label that was with them. These were in the large Pennsylvania collection of William Reger who carefully identified the relics that he recovered in the 1950s, 1960s and 1970s. The fighting at White Oak Swamp was really connected to the larger battle known as Glendale or Frayser's Farm. The Battle of Glendale took place on June 30th, 1862 - the sixth day of the famous Seven Days Battles. Although it is not as well known as Malvern Hill or Gaines' Mill, the battle was intense, involving over 80,000 troops and almost 7500 combined casualties. I will include a letter containing the specific provenance information.