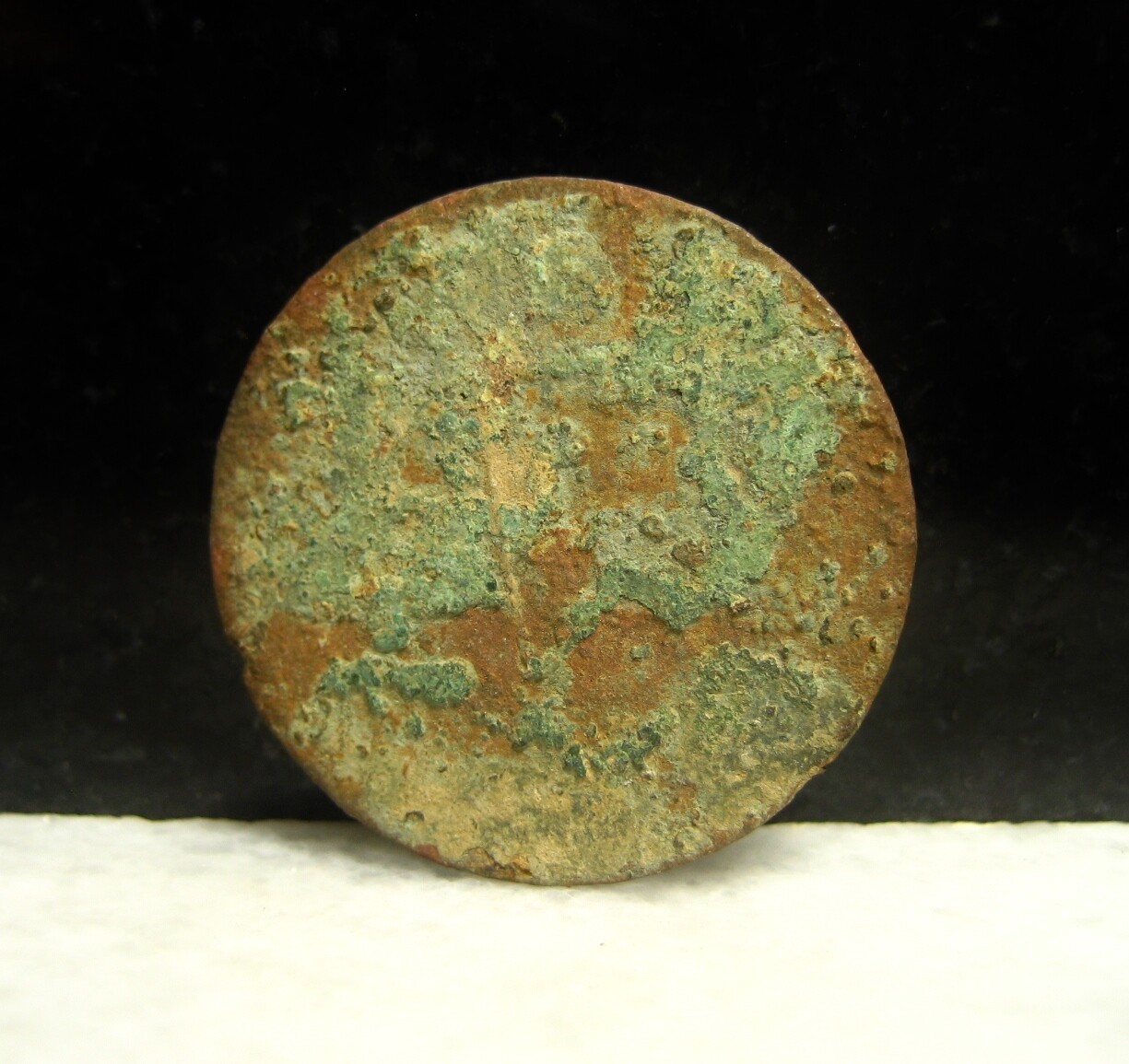 A large flat or coin button (25 mm - no back mark - shank is missing) that was recovered near the Dunker Church on the Antietam Battlefield in the late 1960s. This type of button is often associated with Confederate use. It was recovered on a farm (private property at the time) that sat immediately behind the Dunker Church (the land bordered the small plot that the church sits on). The Dunker Church is the most famous building on the Antietam Battlefield. It was a key focal point for Union attacks during the morning of the battle and the fighting swirled around it. Later, it became a hospital. A provenance letter will be included.