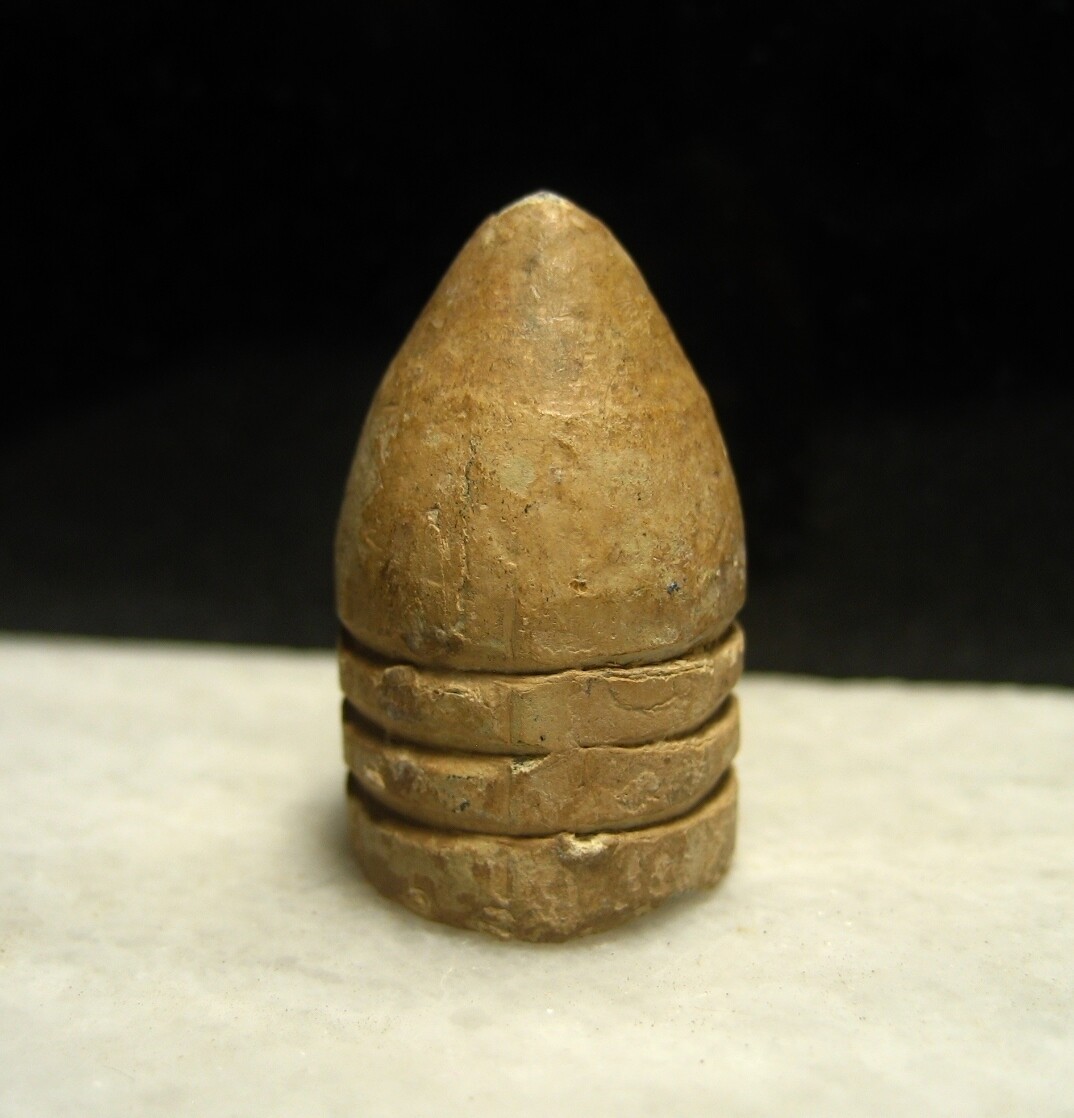 This fired bullet with ram rod mark was found at the Gaines' Mill battlefield in the 1980s. Gaines' Mill was the second battle of the famous Seven Days Battles of 1862. Although the battle was fought by only a portion of each army, the fighting was intense and costly. The Union position around the Watt House was eventually broken (after a Confederate attack spearheaded by Hood's Texans) but at the cost of almost 15,000 combined casualties. A provenance letter will be included.