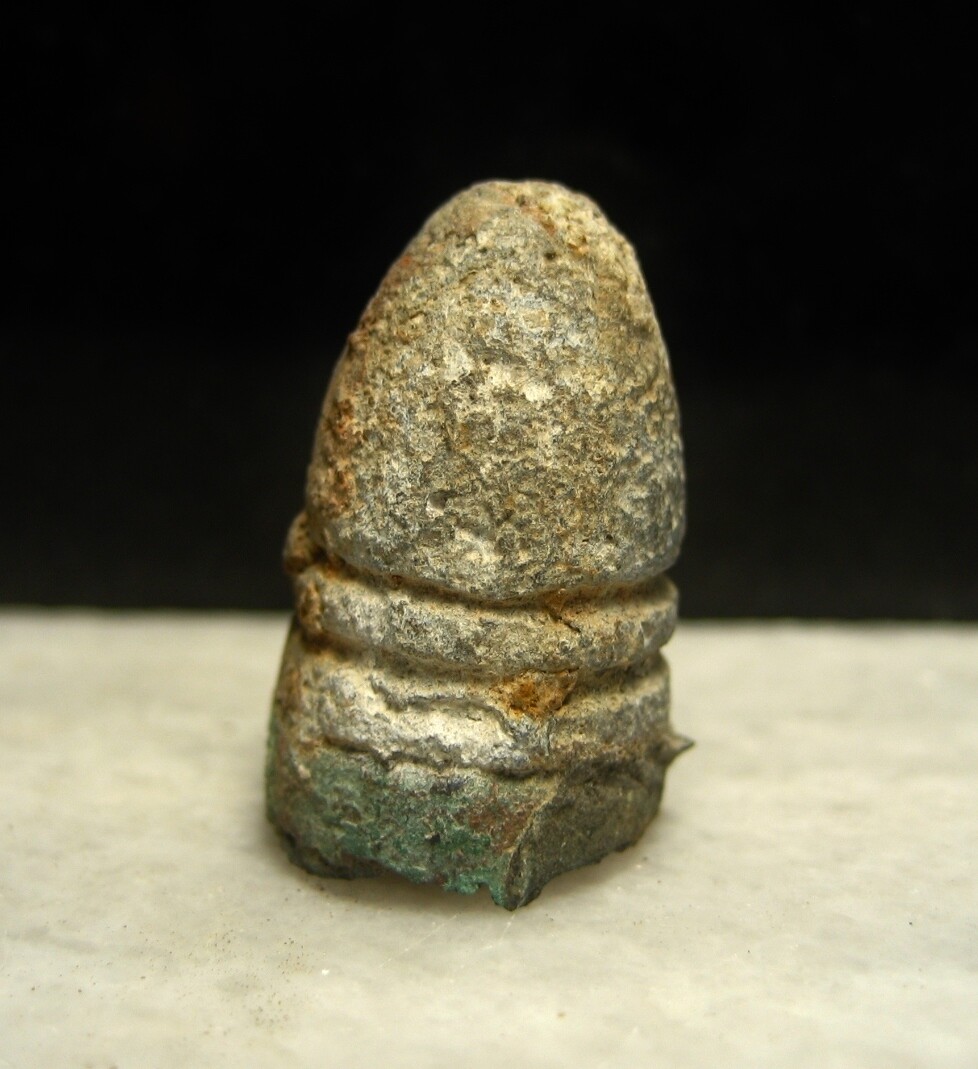 A Spencer bullet with part of the brass casing still attached that was recovered from an area between the Taneytown and Emmitsburg Roads close to the Round Tops and the National Park boundary within the last year (but on private property with permission). Quite a few artifacts were discovered at this location including New York buttons. I'm not sure what a Spencer was doing in this area - but there is no way of telling who might have been in there or who might have personally equipped themselves with a Spencer rifle - I know it was found there, of that I am certain. This comes from a group that I just acquired in July of 2019. A provenance letter will be included.