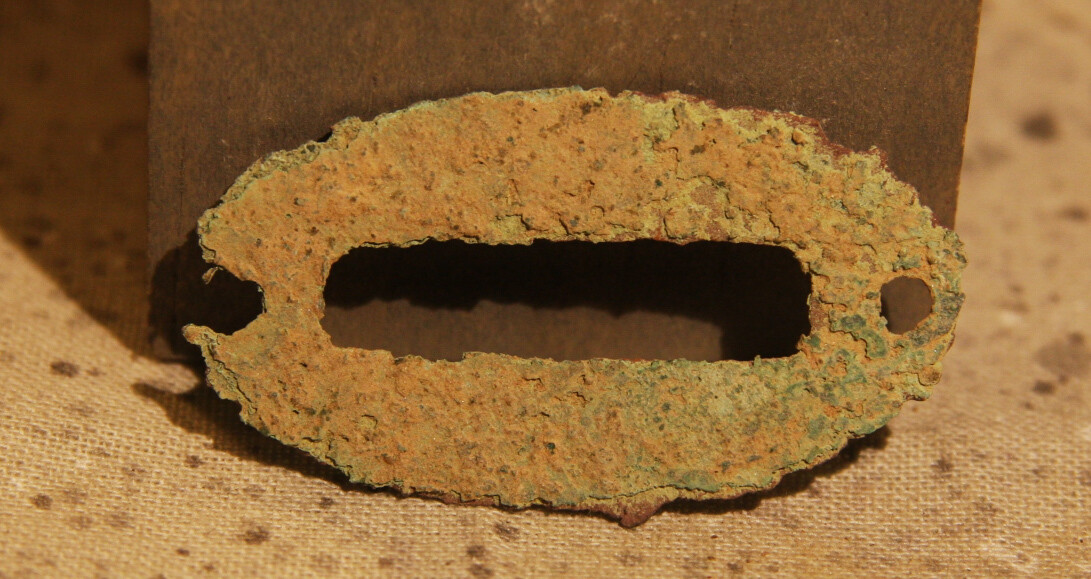 A piece of brass from a saddle that was recovered on the East Cavalry Field at Gettysburg. The East Cavalry Field, which lies just east of Gettysburg, was the site of an important July 3rd, 1863 cavalry battle in which Union forces, including the brigade of George Armstrong Custer, stopped the movement of J.E.B. Stuart's Confederate Cavalry as it attempted to move behind the Union position in advance of Pickett's Charge. A provenance letter will be included.