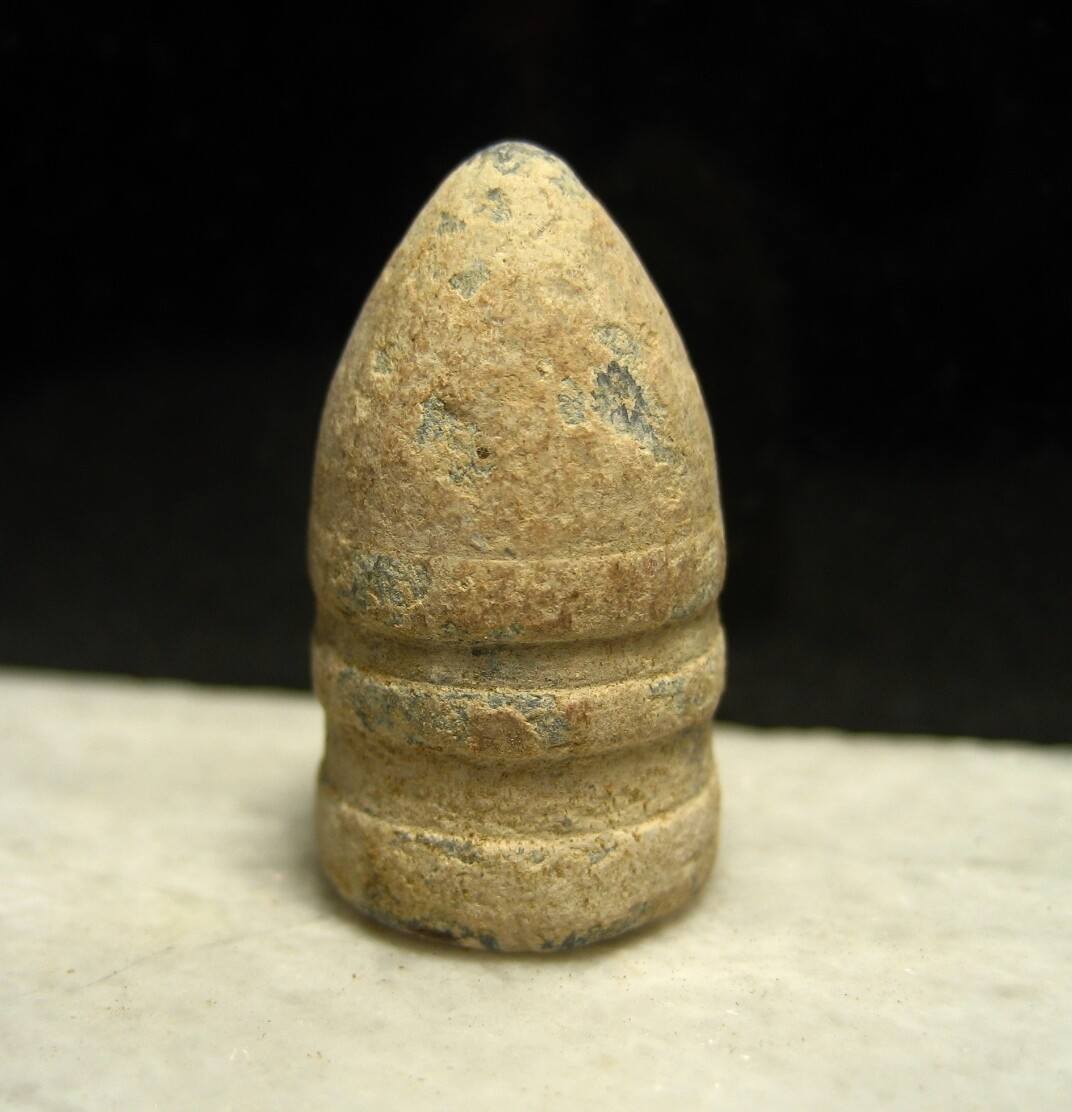 A dropped Sharps bullet found on the Trevilian Station battlefield. The Battle of Trevilian Station, fought on June 11-12, 1864 as a part of Ulysses S. Grant's Overland Campaign, was the bloodiest and largest all cavalry battle of the war. Over 15,000 cavalrymen fought in the battle - 2,300 became casualties - which was ultimately a victory for the Confederates after seven Union assaults were repulsed. A provenance letter will be included.