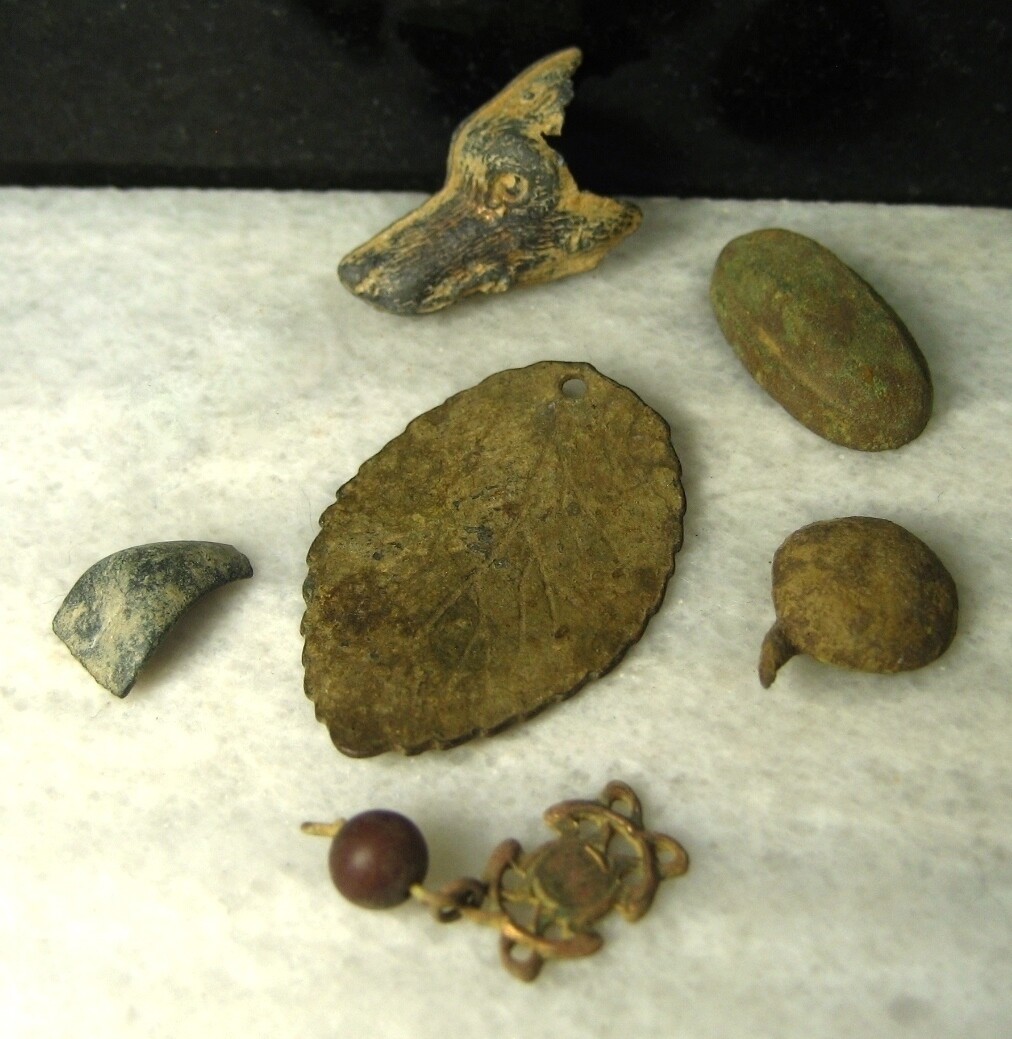 A group of six relics - a leaf pendant, part of an early brass ring, a brass hobnail, the head of a dog or wolf, and two other items - some of this is definitely post-battle, but still pretty cool because they were probably lost by local residents, perhaps when they were going to church, or, perhaps early visitors to the battlefield. The brass hobnail, which might be from a boot or, perhaps, a carpet bag, could be war period as could the small piece of a brass ring. They were recovered near the Dunker Church on the Antietam Battlefield in the late 1960s. It was recovered on a farm (private property at the time) that sat immediately behind the Dunker Church (the land bordered the small plot that the church sits on). The Dunker Church is the most famous building on the Antietam Battlefield. It was a key focal point for Union attacks during the morning of the battle and the fighting swirled around it. Later, it became a hospital. A provenance letter will be included.