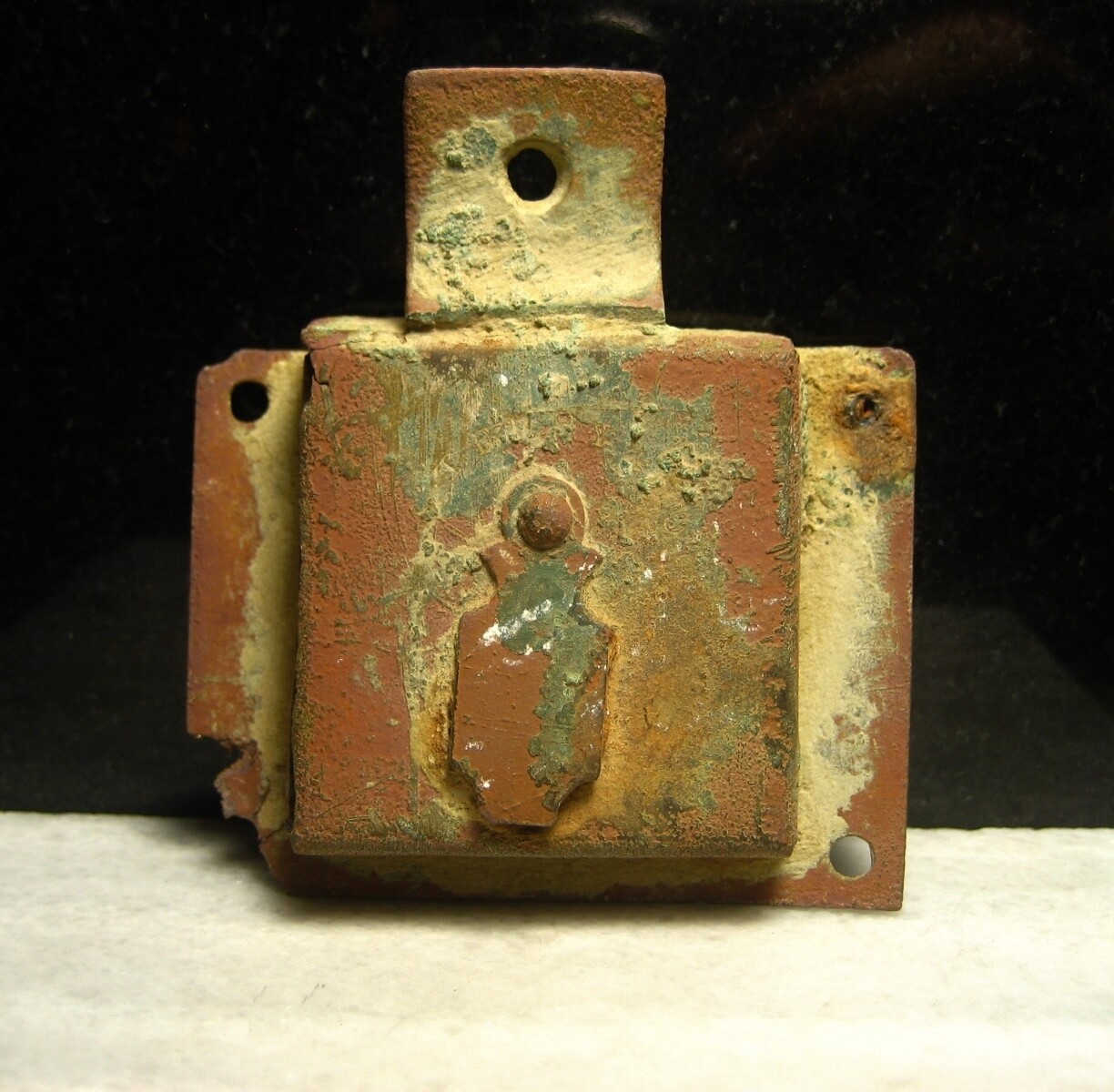 A complete latch/lock from a trunk (2 5/16 x 2 1/2 inches) that was recovered at the site of the Battle of Five Forks. The Battle of Five Forks, fought on April 1st, 1865, was one of the last major battles of the Siege of Petersburg. The Union attack at Five Forks which was a great success, gave Grant control of the Confederate Army's last major supply line into the besieged city and set the stage for the attacks on the following day which would break the Confederate lines. A provenance letter will be included.