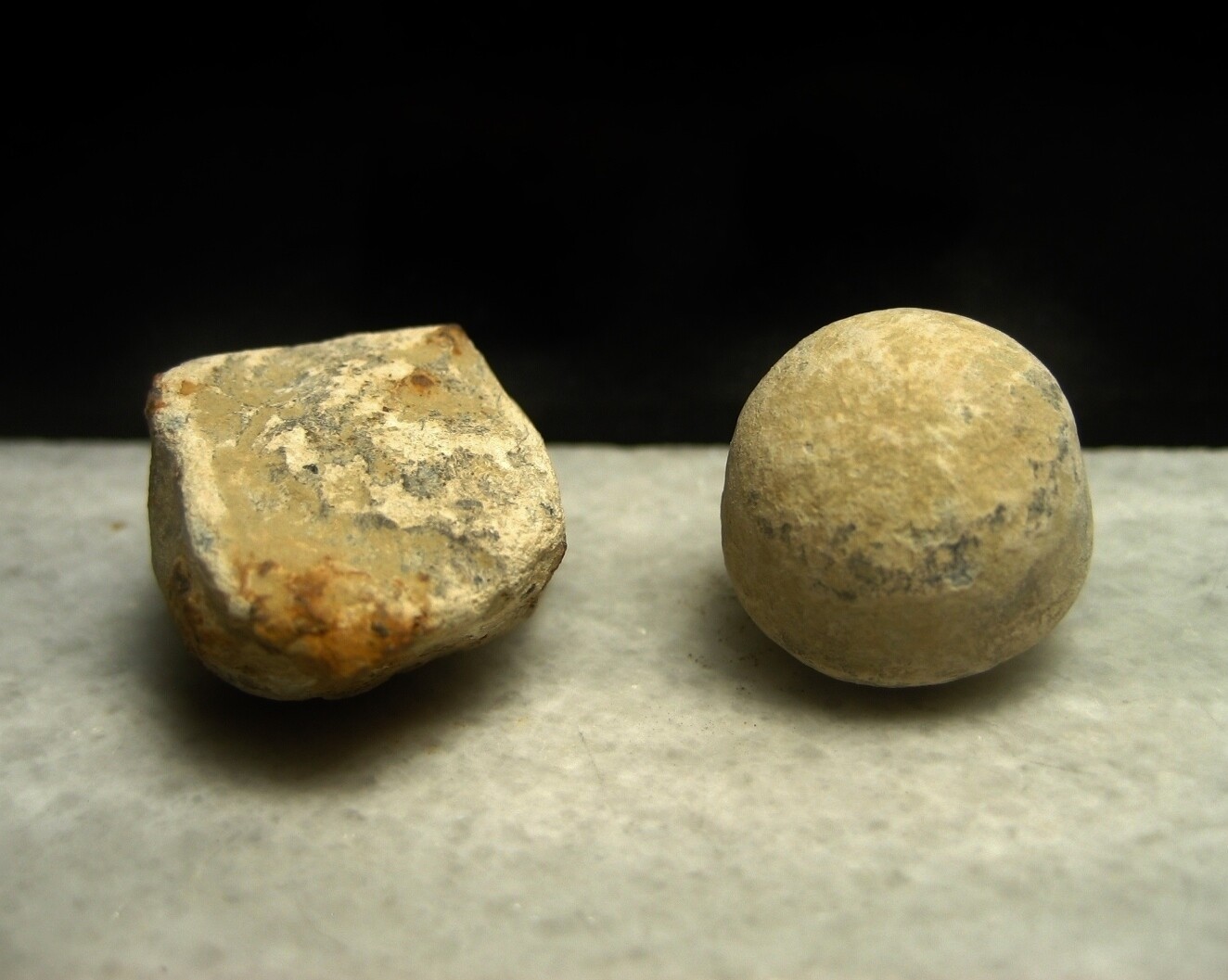 A .69 caliber musket ball from a buck and ball round (you can see the impressions from the buck) and an irregular lead case shot from an artillery round that were recovered from the Malvern Hill battlefield from the area crossed by Magruder's Division as it attacked the Union left (occupied by Morrell's Brigade). The label that was with the relic group that these two artifacts were a part of indicated that they were found on April 27th, 1963. They came from a large Pennsylvania collection of relics that were recovered in the 1950s, 1960s and 1970s. A provenance letter will be included.