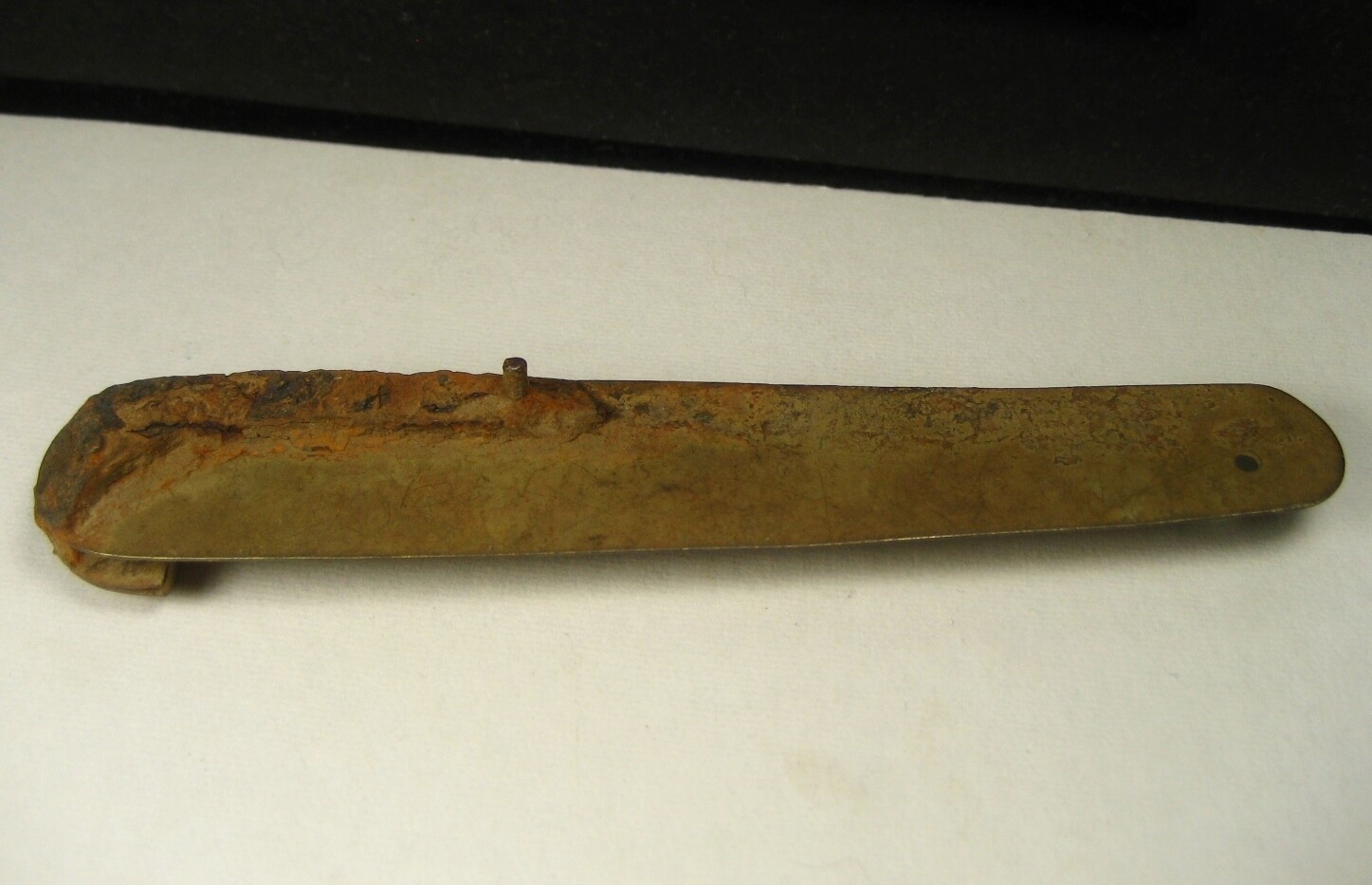 The remains of a large pocket knife (4.5 inches long) that was recovered from a trash pit that was located in the 1862-1863 winter camp of Berdan's Sharpshooters in Stafford, Virginia. Berdan's Sharpshooters, the First and Second Regiment of United States Sharpshooters, were two of the most famous regiments in the Union Army. Equipped with Sharps Rifles and dressed in green uniforms, they played an important role in many of the battles fought by the Army of the Potomac. A provenance letter will be included.