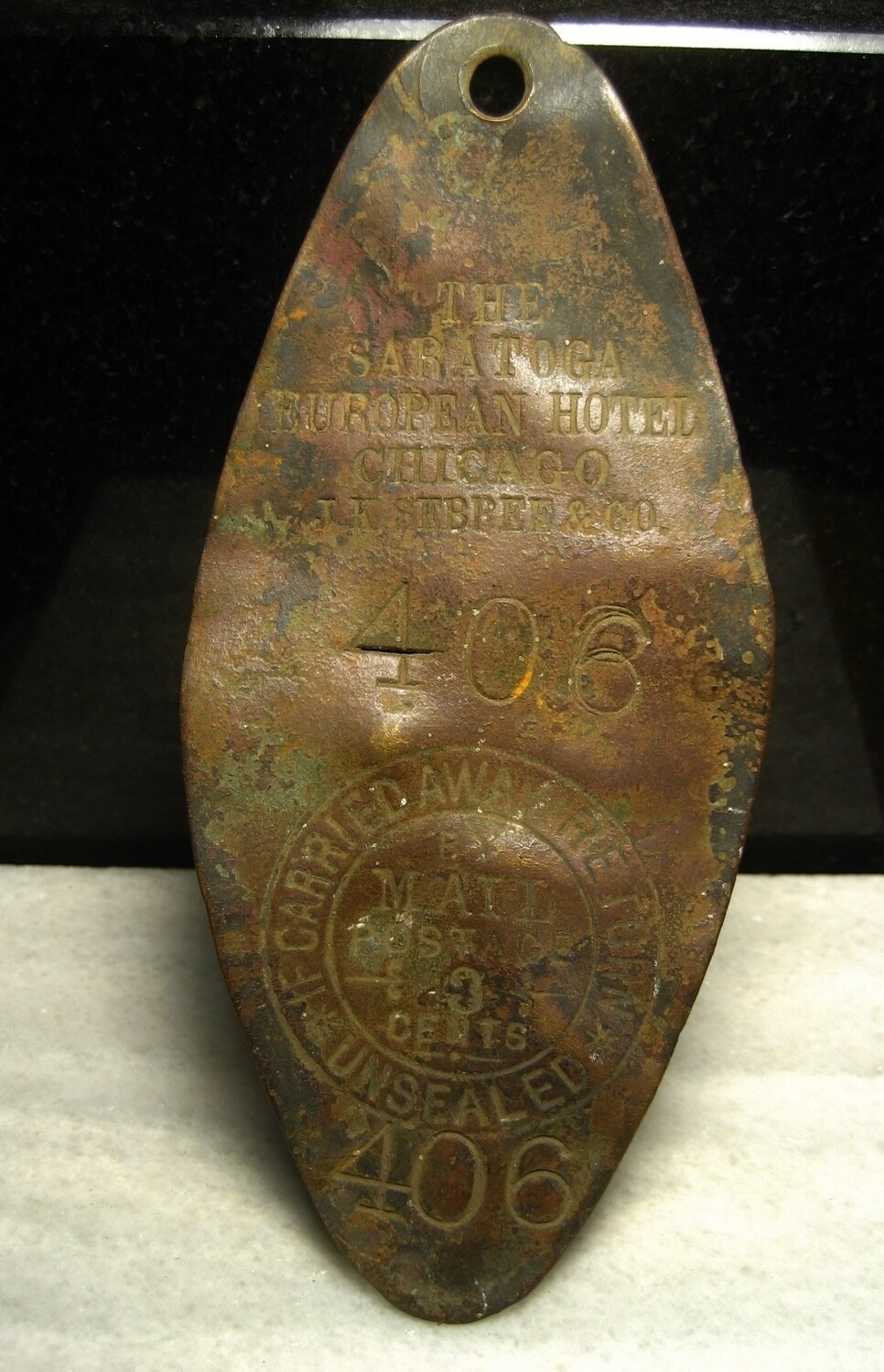 This is a very cool artifact. I was originally keeping it as part of my collection, but, as with everything, the time has come to sell it. It is a large (5 x 2 1/4 inches) brass tag for room 406 at the Saratoga European Hotel in Chicago. When I searched for the name Sebbee which is on the tag, I came up with a 1911 directory. There is no doubt that this is from the early 20th century and was almost certainly dropped by an early battlefield tourist. I feel pretty confident in saying that you will never find another one of these - certainly not one that was recovered at Gettysburg! It was found at Devil's Den in the area between the now famous battlefield landmark and Big Round Top. This artifact was a part of the collection of Iva Rosensteel, sister of George Rosensteel (founder of the Gettysburg National Museum and the famous Electric Map) so the provenance could not be better. This is the first time that this artifact is being offered for public sale and I feel very privileged in the opportunity to offer it. The Rosensteels were, of course, the most famous artifact collecting family in Gettysburg and the bulk of the relics on display at today's Gettysburg National Park Visitor Center come from the Rosensteels. A provenance letter will be provided with this relic.