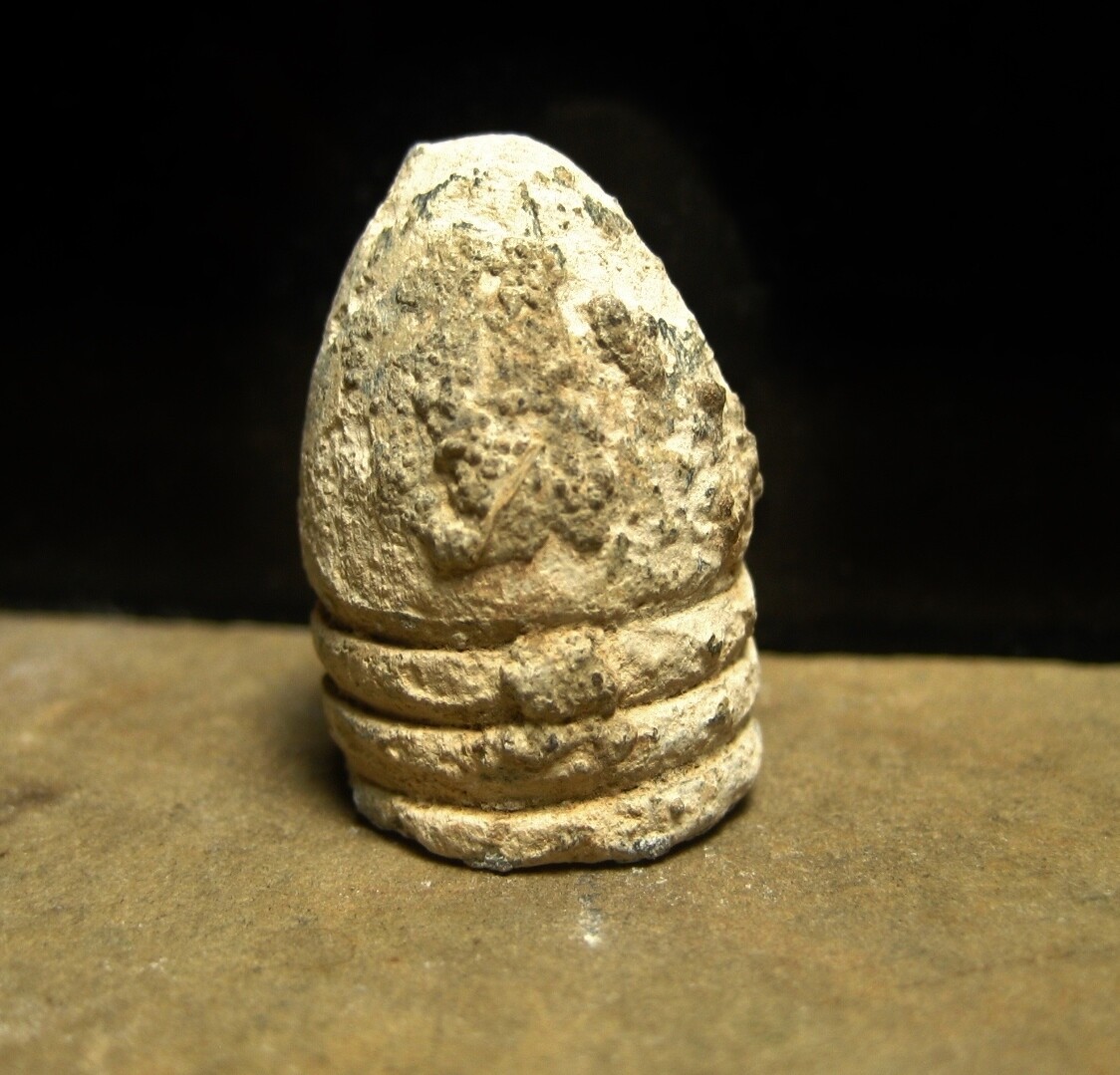 This .69 caliber bullet (it still has some dirt on it and in the cavity) was a part of the collection of the famous relic hunter Bill Gavin and was in a group of relics that were identified as having been found at Chancellorsville. Bill Gavin was the first relic hunter to use a metal detector to search for Civil War artifacts (back in the 1940s - the first location was Cold Harbor) and amassed a huge collection of items in the decades that followed. Gavin wrote four books, including the well-know "Accoutrement Plates North and South, 1861-1865" and several articles and was well respected for his knowledge in the field. He passed away in 2010. I will include a provenance letter.