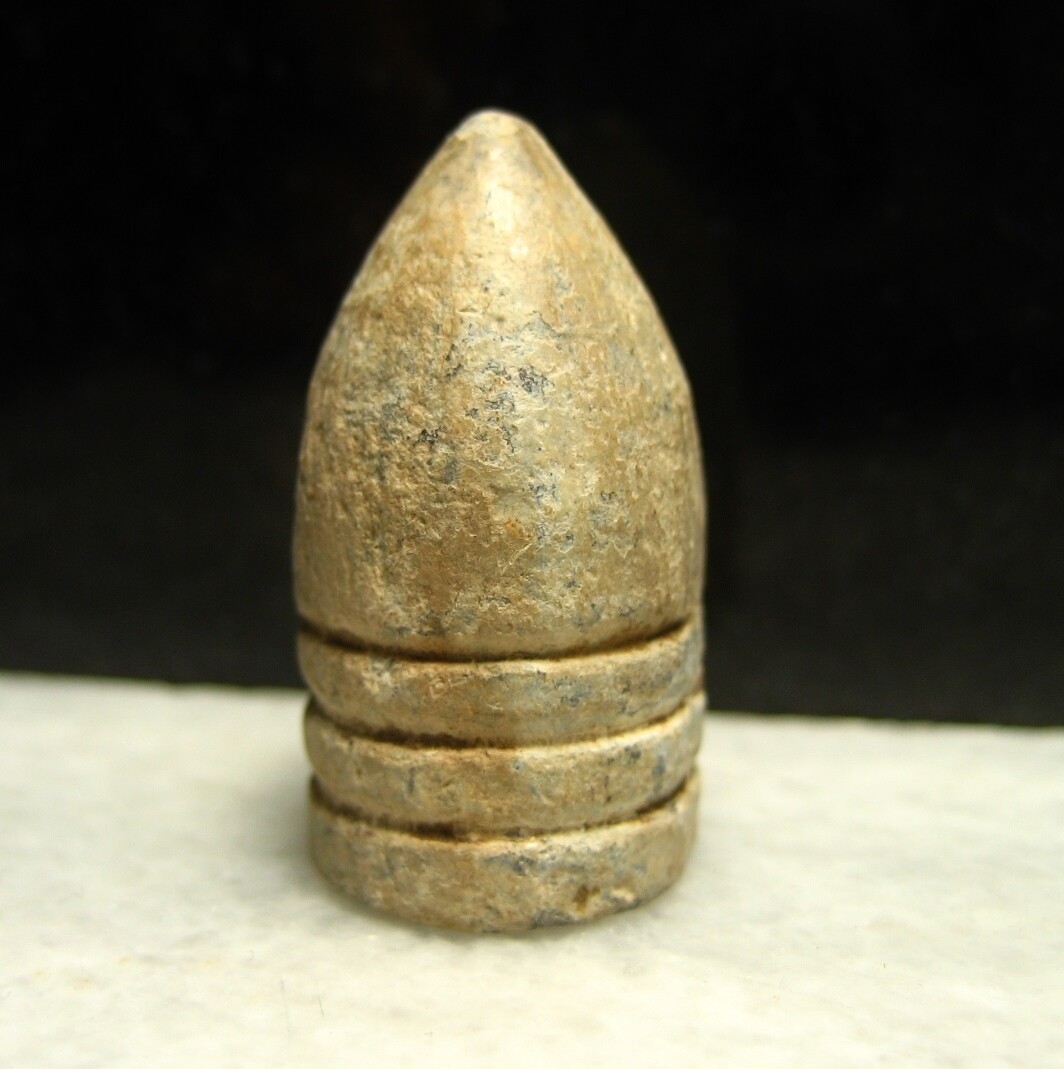 This .58 caliber bullet with very pointed nose was recovered at Crampton's Gap on January 8, 1955. It originally came from the Wentworth Military Academy Collection. A large collection of dug relics, most with labels or in boxes indicating their recovery location and date (apparently put there by the unknown digger), which was originally held by the academy (located in Missouri), was sold at auction in the summer of 2008. The Battle of Crampton's Gap, one of the South Mountain battles that were intended to delay the advancing Union Army to give Lee the opportunity to consolidate his forces, was an intense affair that lasted several hours despite the Confederates being heavily outnumbered. The effort to hold their position cost the Confederates 42% of the men who were engaged in the fight. A provenance letter will be included.