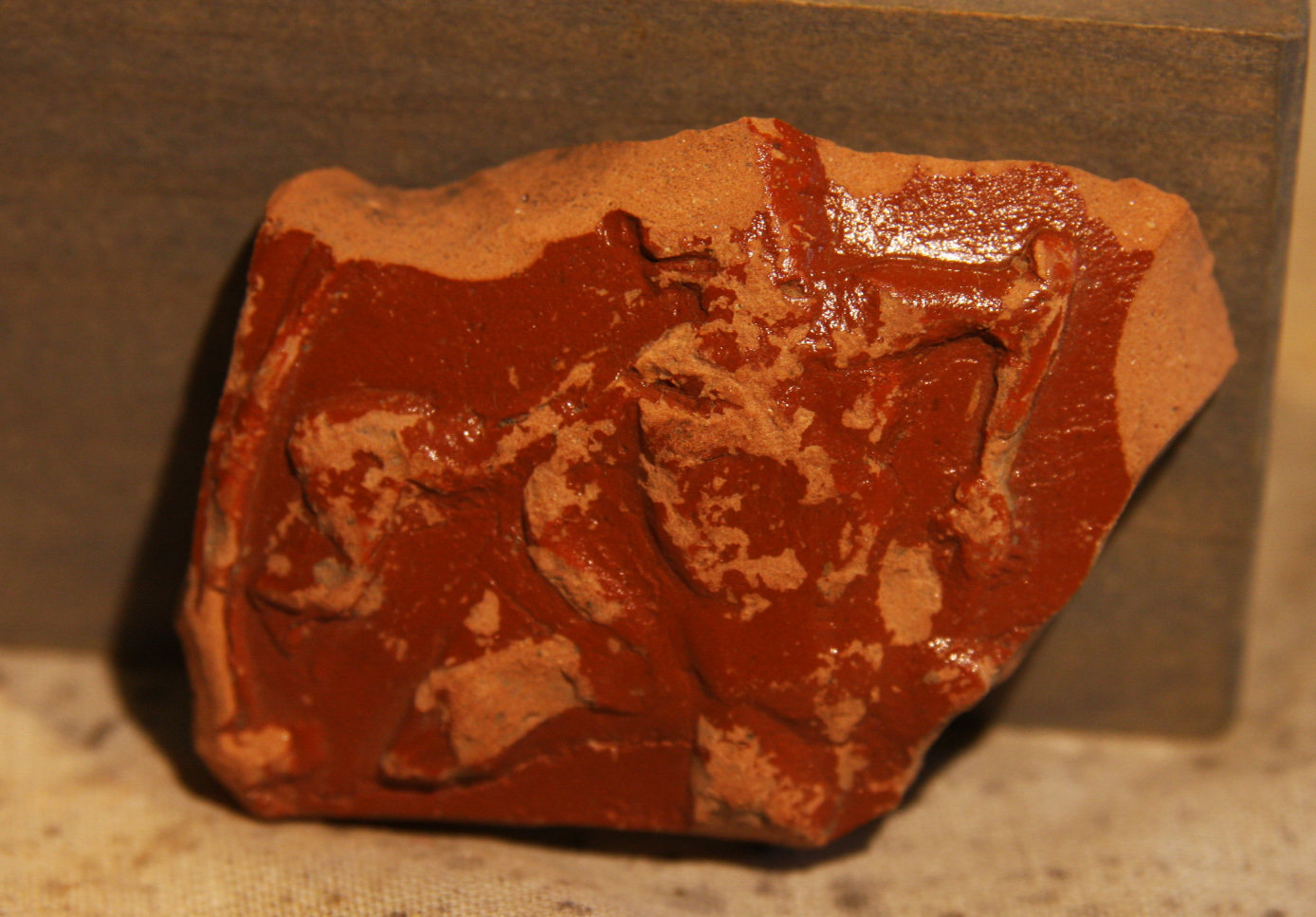 JUST ADDED ON 9/27 - ANCIENT ROMAN EMPIRE / BILLINGSGATE, LONDON, ENGLAND - A Fragment of Roman Terra Sigillata with a Figure on it

A fragment (2 x 1 5/16 inches) of Ancient Roman terra sigillata (c. 1st-3rd Century C.E.) that was recovered in the 1980s from fill that had been removed from a construction site located in Billingsgate, London, near the Old Fish Market. This fragment appears to have decoration that might represent part of a human figure. The man who recovered this (who is actually a London Mudlark) told me that back in the 1980s, there was construction taking place directly adjacent to the site of the Old Fish Market in the Billinsgate section of London. When he saw the dirt being removed, he got permission to search it after it had been dumped and found a large variety of Ancient Roman pottery fragments, likely indicating that the construction site was once the location of a Roman villa. Roman terra sigillata was "fancy" table ware. It has a distinct red color and was often decorated with a variety of scenes, including mythological ones. A provenance letter will be included.