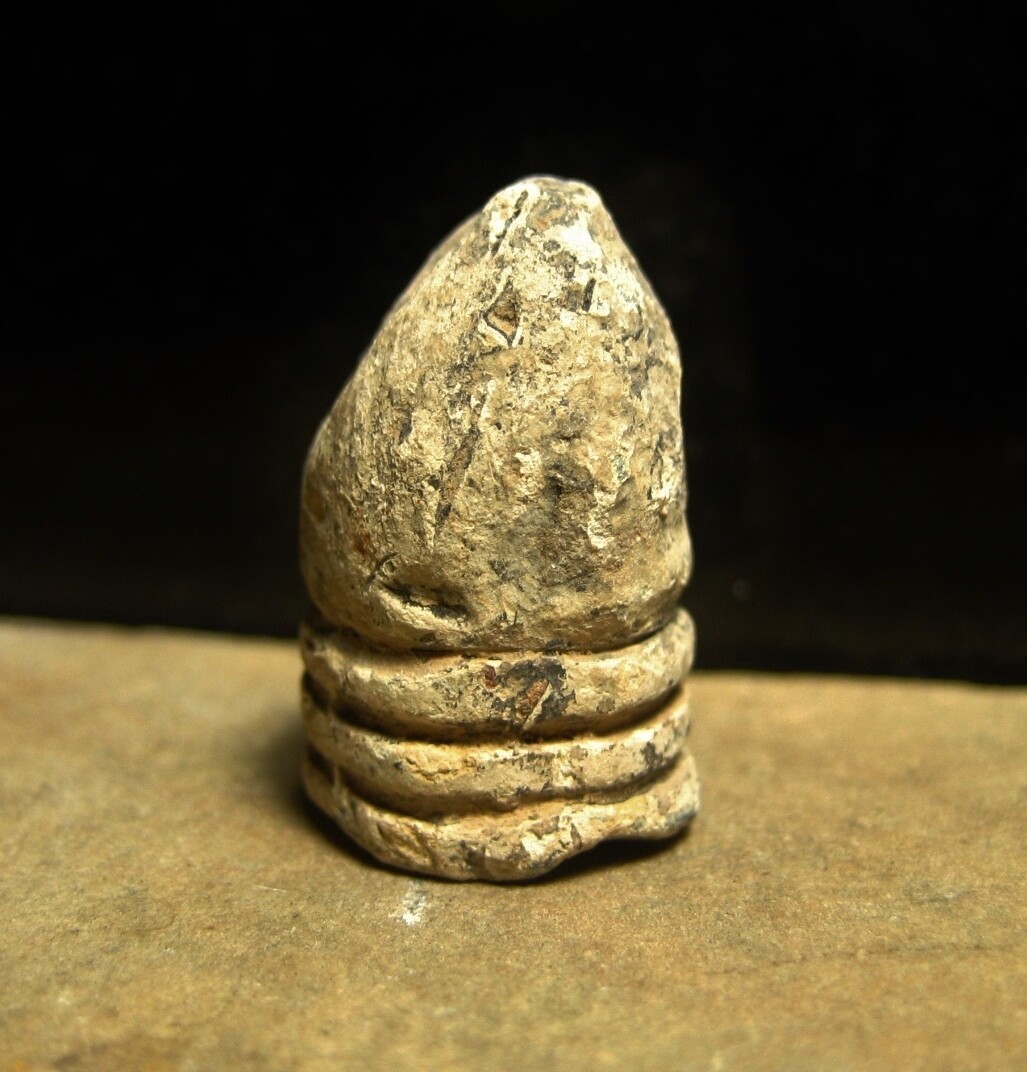 A .58 caliber bullet which, at first glance, appears to be fired, but when you look more closely, it appears that it might have suffered fire damage - possibly in a fire pit? It was found in the 1950s on the Piper Farm at Antietam. The Piper Farm bordered the Sunken Road or Bloody Lane and the farmhouse served as Longstreet's Headquarters during the battle. I will include a letter of provenance.