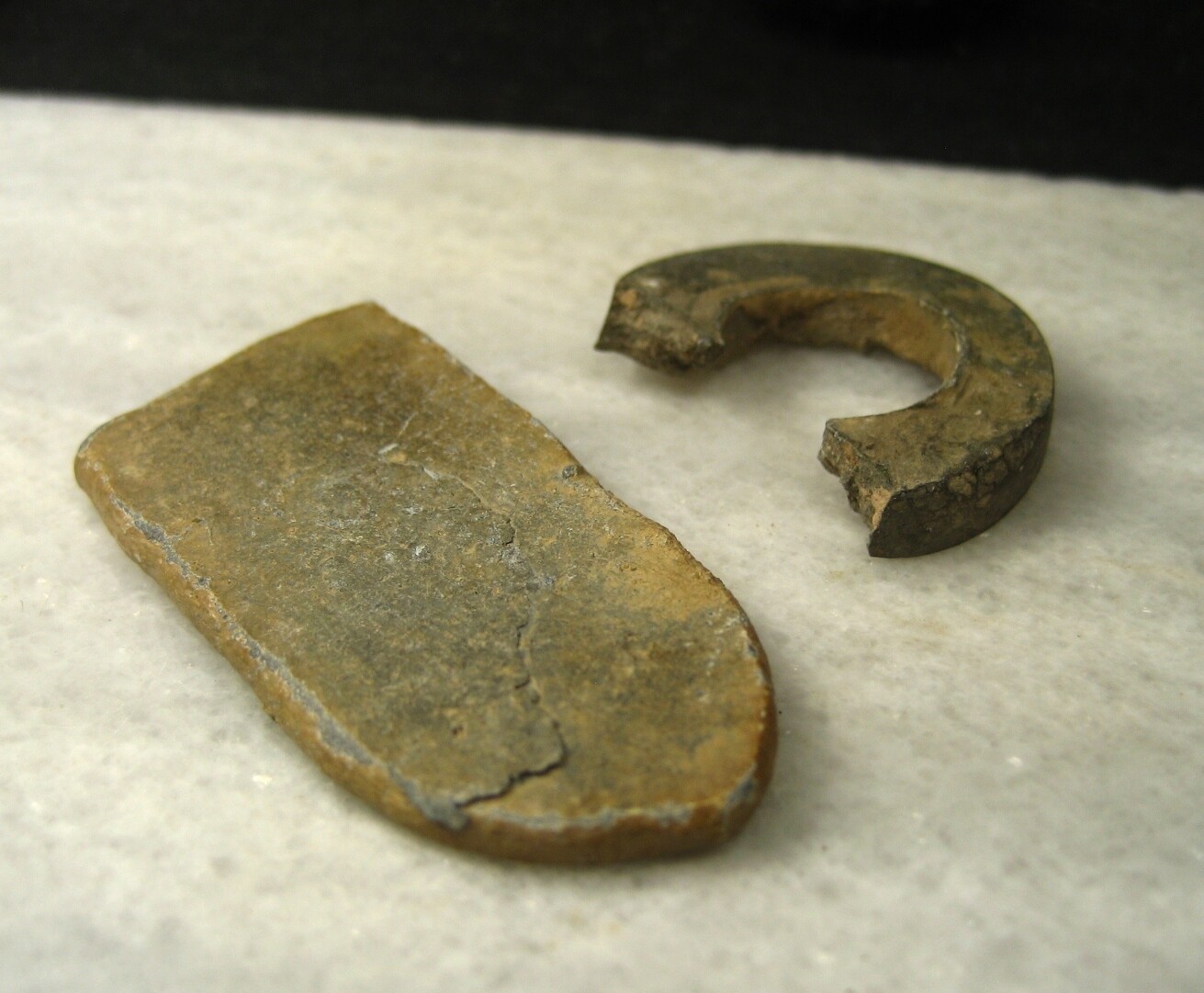 A piece of lead (probably a bullet or part of one - 1 3/4 x 7/8 inches) that appears to have been intentionally flattened by a soldier and a small piece which might be part of an artillery shell fuse that were a part of the collection of the famous relic hunter Bill Gavin and were in a group of relics that were identified as having been found on the Ballard Farm at the site of the Battle of Chantilly or Ox Hill. The Battle of Chantilly (September 1st, 1862) was a brief but intense fight that occurred during the Union retreat from the Second Battle of Bull Run. Fought during a thunderstorm, the fighting was often hand to hand and resulted in the death of Union General Phil Kearny. The Ballard Farm was known as the Reid Farm during the Civil War and sat in the center of the battlefield. The land that today's small park sits on was given by the Ballards to commemorate the fight. Bill Gavin was the first relic hunter to use a metal detector to search for Civil War artifacts (back in the 1940s - the first location was Cold Harbor) and amassed a huge collection of items in the decades that followed. Gavin wrote four books, including the well-know "Accoutrement Plates North and South, 1861-1865" and several articles and was well respected for his knowledge in the field. He passed away in 2010. I will include a provenance letter.