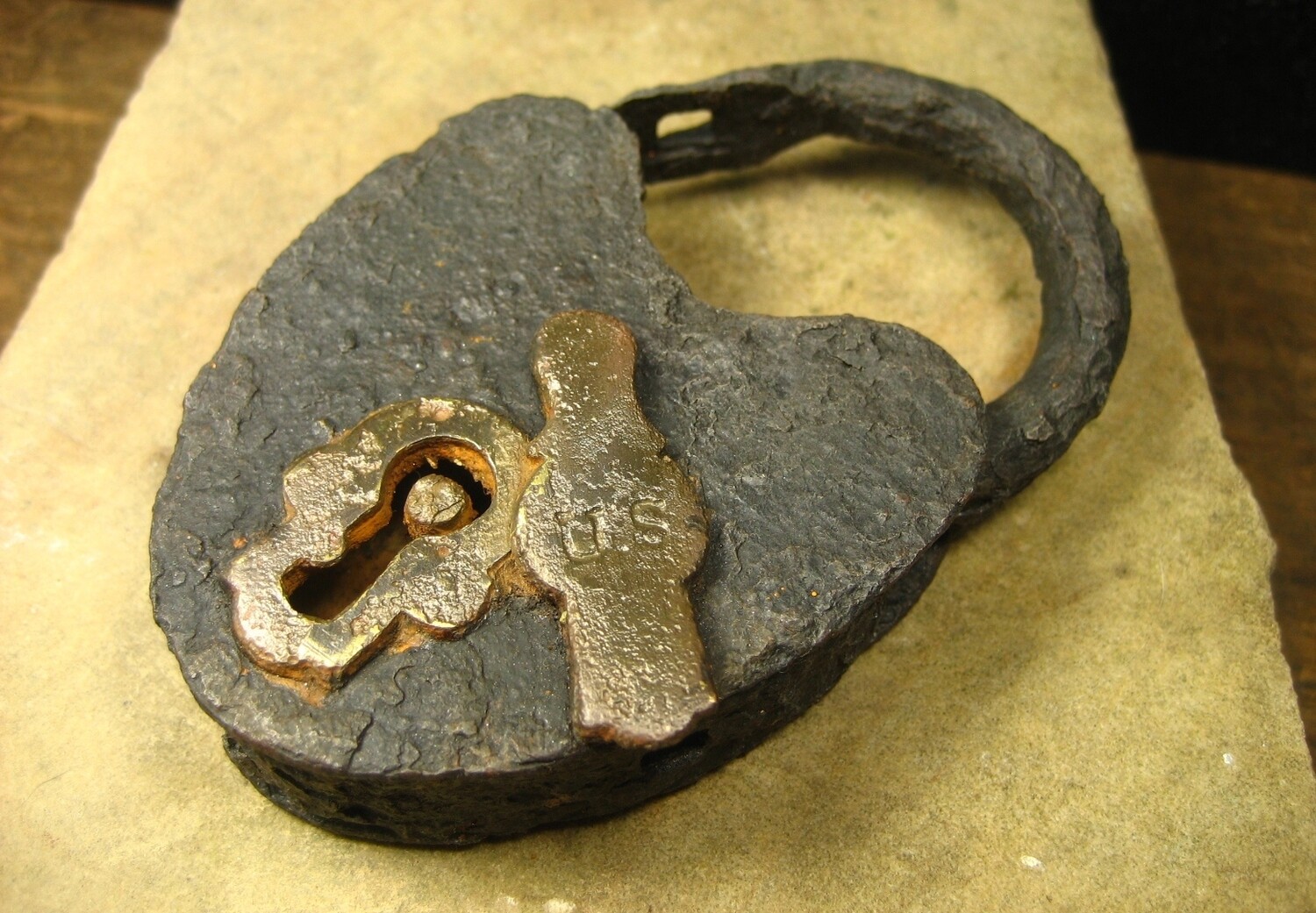 (This item is being relisted because of non-payment) This is a rare relic (it is the first one that I have had) - the fact that it is associated with the Gettysburg Campaign makes it even rarer! It is a large pad lock with "U.S." imprint on the brass key hole cover. This was almost certainly used on an artillery caisson. It has been preserved and is in very good condition considering it is primarily made of iron. It was recovered by a long time relic hunter from an area close to Fairfield on the retreat route of Lee's Army. A provenance letter will be included.